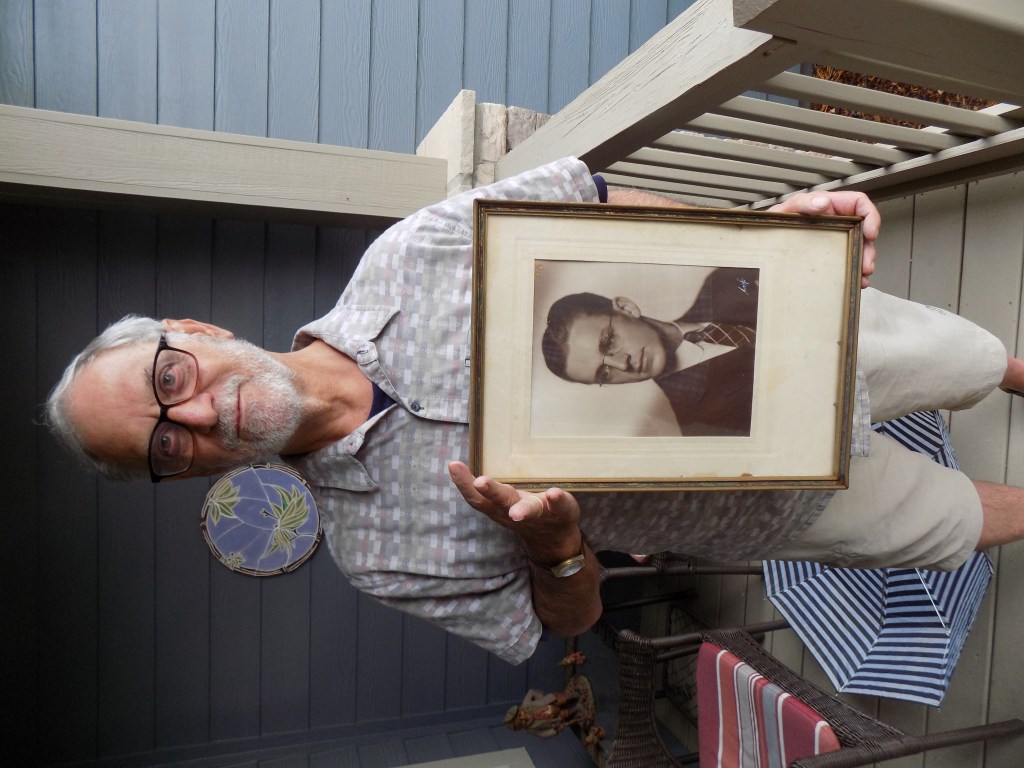 Dr. Claude U. Broach retired to Tryon, with his wife Katherine, in 1980 after a distinguished and sometimes controversial career that included three decades as pastor of St. John’s Baptist Church in Charlotte, followed by six years as director of the Ecumenical Institute at Wake Forest University.

Broach was hired as interim minister by the Session of Tryon Presbyterian Church soon after the Rev. John D. Smith announced his retirement in early 1982. Only days later, however, the Session proclaimed it had taken “hasty action” in not finding a Presbyterian interim. It rescinded its initial decision, selected Dr. John Gardner instead and asked Broach and Gardner to work out a mutually agreeable arrangement. So, from July 1982 until April 1983, Broach and Gardner divided preaching duties, apparently with no hard feelings.

“That doesn’t surprise me at all,” said Claude Broach Jr., who lives in Weaverville with his wife, Sally. Broach Jr. recalls that his father never took himself too seriously, despite his accomplishments. So, it probably suited him better to preach twice a month and leave the administrative work to Gardner.

Despite the Session’s misstep, however, Broach was an inspired choice to fill a Presbyterian pulpit. He first gained wide attention during the presidential election campaign of 1960 when many Protestant leaders organized to oppose the candidacy of John F. Kennedy because of his Catholic faith, fearing he would owe his first allegiance to the Vatican. As this effort grew in North Carolina, Broach spoke out against what he perceived to be anti-Catholic bias.

“I am not in sympathy with the organized effort to arouse hostility to a political candidate because he happens to be a member of the Roman Catholic Church,” Broach wrote in an article published by The Charlotte Observer. “There is no reason to assume that he is unworthy merely because of his religion. …  In short, this is no time to engage in a campaign against the Catholic church.”

Many Baptists reacted angrily, according to a scholarly paper about Broach by Steven R. Harmon, professor of theological history at Gardner-Webb University. Broach was called “a traitor, not only to your church and your country, but to the cause of freedom everywhere.”

“There were people who wanted Dad to resign from St. John’s,” his son remembered. “It didn’t happen.”

Broach had always kept the church doors open to people of other faith traditions. He often invited faculty members from Presbyterian Queens College to lead Bible studies. Later, he led St. John’s to relax its requirements for baptism. It would continue to “baptize new converts by immersion, but candidates for membership from other traditions in which they had been baptized by another mode, meaning pouring or sprinkling, would not be required to be re-baptized, so long as their baptism was ‘an act of obedience which followed conversion,’” Harmon wrote.

For this, St. John’s was “disfellowshipped” by the Mecklenburg Baptist Association. No matter. It joined a new association that included several African American congregations. At this time, in the 1960s and ‘70s, Broach was also active in racial and social justice leadership as his own congregation was integrating.

Broach Jr. doesn’t recall why his parents moved to Tryon, where they bought a house on Hogback Mountain Road offering an expansive view toward South Carolina.

“I think they enjoyed Tryon a lot,” he said. “It was a real pleasure for them. They made a lot of friends.”

In addition to preaching in several local churches, the senior Broach sang in a chorus and worked with Habitat for Humanity. He also delivered a lecture series on religion and faith, Broach Jr. recalled.

His father was a highly educated, intellectually curious theologian who had to ability to express complex ideas in ways that everyone could understand, Broach Jr. said. He also incorporated his keen sense of humor into sermons.

The elder Broaches made one more move in the mid-1990s, settling at The Pines, a senior retirement community in Davidson. It brought them closer to their daughter, Kathy Bragg. Broach Sr. died in 1997 at 83. Katherine Broach lived until 2006.

“He is remembered for his courageous stand, sometimes unpopular, on racial and social justice, Christian theology, denominational policy, and ecumenism,” the Charlotte Observer reported on Broach’s death. “During his long career, he took leadership roles on countless committees and boards including the Mecklenburg Baptist Interracial Commission, the Mayor’s Committee on Community Relations, the Faith and Order Commission of the National Council of Churches and the Wake Forest University Board of Trustees.”

Broach is fondly remembered at St. John’s, which, like Tryon Presbyterian, was founded in 1922. Its website notes this about its longest-serving pastor: “Under his leadership, St. John’s realized its most significant growth in missions and community ministry. Dr. Broach led the church to develop and nurture the ‘servant church’ concept.”

Broach published a credo in his 1986 book, “Waiting for the Wind.” He might have written it in the house on the mountain above Tryon. The credo speaks of God’s Wind.

“It blows for the healing of the nations – toward justice, toward peace, toward brotherhood,” he wrote. “Always. Always.

No doubt the sails of Tryon Presbyterian Church were lifted, too.