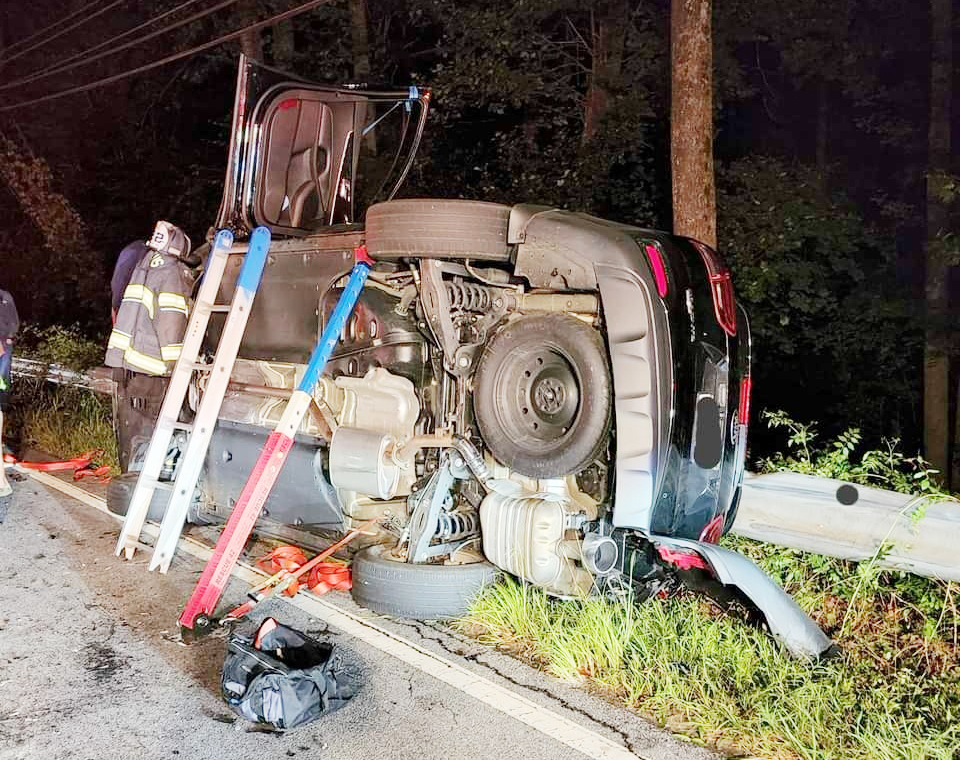 Both drivers were taken to an area hospital for further evaluation of their injuries after a two-car motor vehicle accident occured Monday night on Lynn Rd. (Photo Courtesy of Columbus Fire Department)

COLUMBUS– Monday night, around 9:30 p.m., Columbus Fire Department responded to a two-car motor vehicle accident on Lynn Rd. located in Columbus, that resulted in both drivers being taken to the hospital.

Lynn Rd. was completely shut down near Old Hwy. 19 for approximately an hour, until officials deemed it safe to resume regular traffic patterns.

Upon arrival to the scene, officials with the Columbus Fire Department discovered a SUV on its side after a sideswipe with another vehicle had occurred. The driver of the SUV was entrapped inside the vehicle and the firefighters were able to successfully extricate the driver. Both drivers of the vehicles were taken to an area hospital for further evaluation of their injuries.