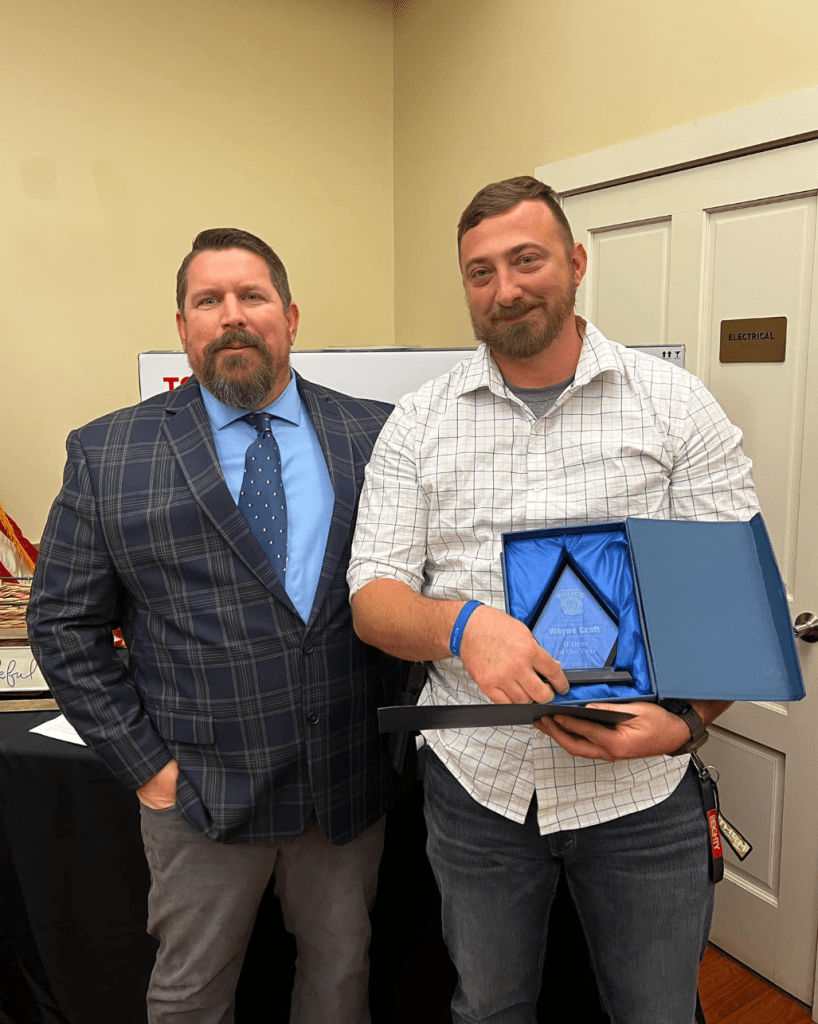 Officer Craft has been with LPD for four and a half years as a patrol officer and has now chosen to work as SRO. Jamey Shehan worked as LHS’s SRO prior to Officer Craft, and he has since been promoted to Lieutenant.

“I want to be a change in students’ lives before they go into the real world. If I can change just one student’s life by helping them, it will be worth me being the SRO,” says Officer Craft.

Last February, Officer Craft was awarded Landrum Police Department’s Officer of the Year. Police Chief Kris Ahler says that Craft became enforcement certified, completed field training, and completed outstanding police service in the field, all the while still being able to focus on his new wife and baby.

Officer craft added, “My top priority is to make sure the staff and students understand and trust me to make the right calls to keep them all safe and secure.”

LHS principal Kegan Flynn says that he is excited for Craft to be the new SRO and says the goal is for students to build a relationship with him.

LHS, as well as all other Spartanburg District 1 schools, will begin classes on Tuesday, August 16.