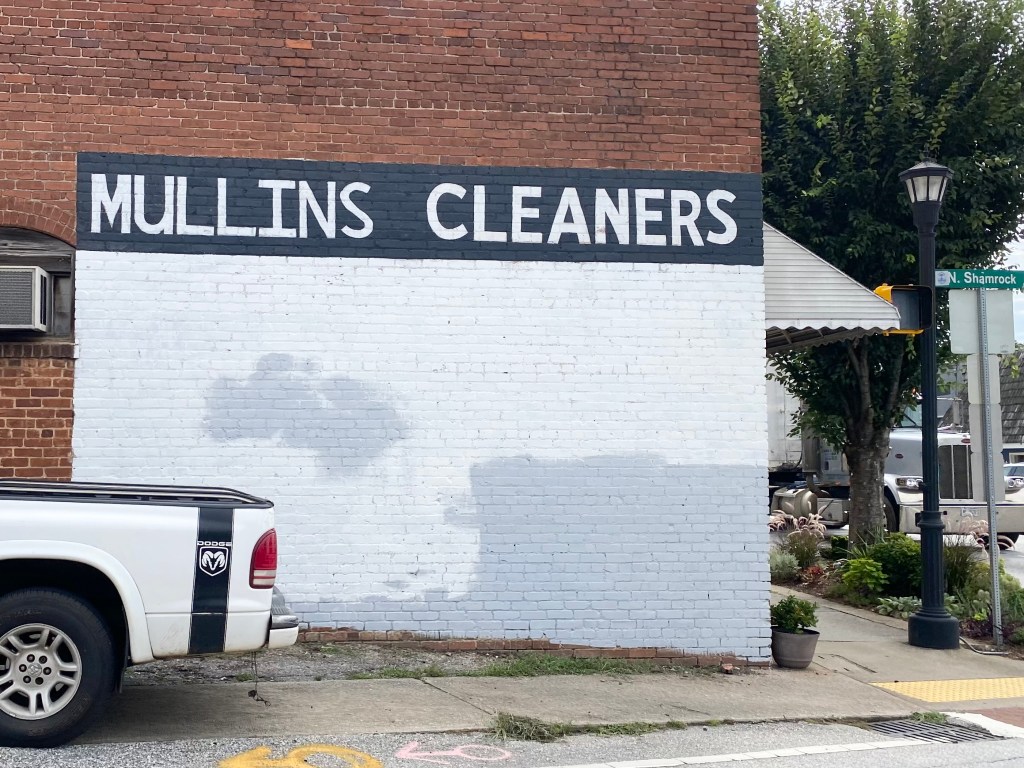 LANDRUM––Downtown Landrum is gaining a new piece of art upon one of downtown’s oldest businesses.

Mullins’ Cleaners is on the corner of North Shamrock St. and East Rutherford St., where Mullin’s brick wall once adorned a vintage 7UP soft drink mural. This weekend, the faint remnants of the mural was painted over by local artist Jeremy Kemp.

Tricia Taber, the City of Landrum’s P/R and Marketing Director, shared that the new mural will be of Hogback Mountain.

“The grand mountain, with its natural beauty, embraces Landrum, so what better way to show it off than through art in our historic downtown,” she says.

It was Taber’s idea to have a mural painted, along with Alfred Mullins, owner of Mullins’ Cleaners, and his daughter, Vivian Mullins. After discussing her idea with the Mullins family, they agreed to set the plan into motion.

Taber says, “We are so excited to share this with our community. Murals are a viable form of public art that can revitalize the area and be a creative asset to a walkable downtown. We hope that it becomes a favorite spot for photos for locals and visitors alike. Just one more reason to love Landrum.”

The mural is expected to be completed by the end of this week.