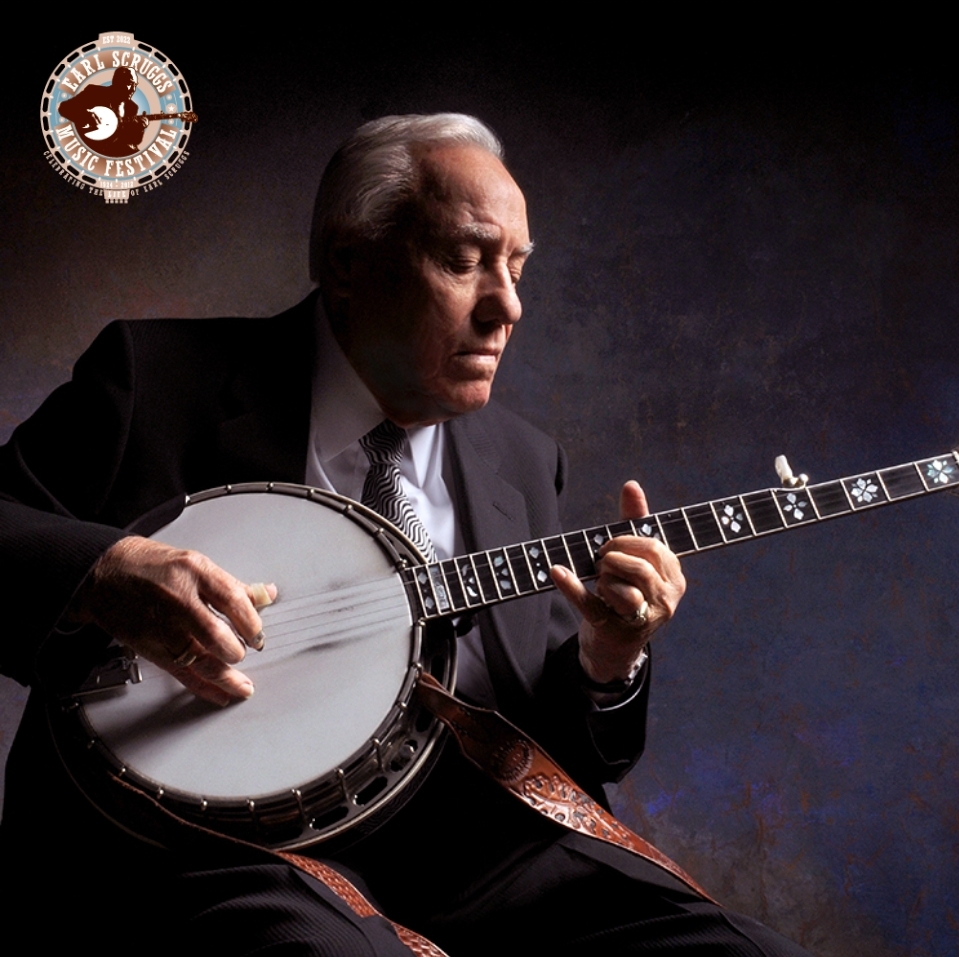 MILL SPRING – This Labor Day weekend, Tryon International Equestrian Center will be hosting the inaugural Earl Scruggs Music Festival. Bluegrass, Americana and roots music artists from around the country are set to perform at this three-day event that will honor the life and legacy of the legendary Earl Scruggs.

For those who don’t know, Earl Scruggs was an international bluegrass icon. Born in nearby Cleveland County, North Carolina, Scruggs was the architect of the three-finger banjo picking technique that is synonymous with bluegrass today. Beginning his musical career playing with the “father of bluegrass,” Bill Monroe, Scruggs later defined the genre with fellow picker Lester Flatt. Flatt and Scruggs recorded over 50 albums and 75 singles.

Scruggs’ first recording to top the Billboard charts, “The Ballad of Jed Clampett,” – the theme song from television sitcom The Beverly Hillbillies – brought bluegrass to the mainstream.

Artists inspired by Scruggs will be in the spotlight at the festival. The unique venue, set at the foot of the Blue Ridge Mountains, offers onsite camping and lodging, restaurants, shops, and much more. The performances will take place on two separate stages; the Flint Hill Stage and the Foggy Mountain Stage. Additionally, the venue will offer interactive experiences at the Legends Stage and Workshop, where festivalgoers will be immersed in pivotal moments of Scruggs’ career with special hosts who were impacted by him.

On the final day of the festival, guests will be able to enjoy Gospel Brunch with Darin and Brooke Aldridge on the Foggy Mountian Stage.

The Earl Scruggs Music Festival is presented in partnership by the Earl Scruggs Center, a museum and cultural center located in Shelby, and WNCW 88.7, a radio station at Isothermal Community College that promotes the traditions of Appalachian and roots music in our area and beyond.