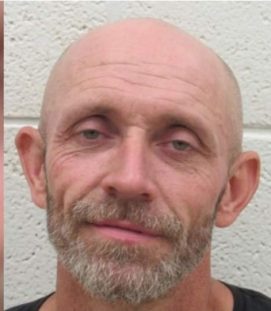 RUTHERFORDTON – On Friday, August 5 deputies with the Rutherford County Sheriff’s Office attempted to stop a white Ford truck in the area of US 221 South in Rutherfordton. The deputies suspected that the vehicle was being operated by Curley Jim Dyer who had numerous orders for his arrest due to parole violation and other previous charges.

Dyer failed to stop the vehicle and led the deputies on a high speed chase. He eventually pulled over and the deputies were able to take him into custody.

Upon further investigation the deputies discovered that the vehicle had been reported stolen out of Polk County.