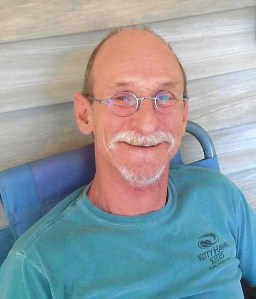 Columbus– Michael Roger “Mike” Bruce, 69 of Columbus NC. passed away July 25 in the comfort of his home while surrounded by his loving family and friends.
Born Nov. 16, 1952, in Greenville, SC. he was the son of late Fort Sumpter Bruce and Ann Bruce Pearson. Mike was retired from Bell South.
He was a conservationist, a long-time member of the Sierra Club,  and enjoyed volunteering countless hours with wildlife rehabilitation. He was an avid hiker, fisherman, and whitewater paddler with extensive knowledge of plants and wildlife.
Michael was a family man. He was a loyal and forgiving person to his family and friends. He was an outstanding husband, father, and grandfather. Michael was someone his family could always go to for advice, a laugh, or just simply his love.
He was preceded in death by his brother, Raymond Bruce. He is survived by his wife, Angela Joan Bruce whom he married on June 14, 1974; a daughter, Summer (Robert) Bruce of Columbus NC.; a son, Matthew (Lesley) Bruce of Asheville NC.; his grandchildren, Kira Mayer, Moira Turner, and Evelyn, Benjamin, and Julia Bruce; one sister, Kathy Hahn.
Services will be private.
Condolences to the family can be made to http://www.sandersfuneralandcremation.com