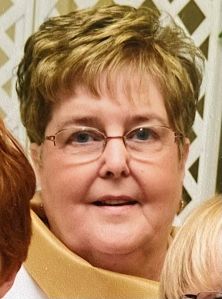 Nashville– Reba Ledbetter Earley, 84, died July 11 in Nashville, Tennessee after an extended period of declining health. A native of the Rock Springs community of Polk County, North Carolina, she was the daughter of the late William Dan Ledbetter and Clara Mae Womack Ledbetter. She was preceded in death by her beloved husband, Charles Earley, her daughter Andrea Michelle (Shelly) Earley, her brother Billy Tom Ledbetter and sister Barbara Sitton. She is survived by her son, Tony Earley, of Nashville, daughter-in-law Sarah Bell Earley, and granddaughters Clara Eudora An Xiang Earley, and Willa Ruth Zhi Wen Earley.

Reba was born on the edge of Polk County on May 16, 1938, into a house with neither electricity nor indoor plumbing. The powerlines of the Rural Electrification Administration did not reach the community until 1947, and she spoke fondly of doing her homework beside the fireplace in the dining room of her family’s home by the light of an Aladdin kerosene lamp, and on Saturday nights listening to the Grand Ole Opry on a battery-powered radio. She attended Sunny View Elementary School and Mill Spring High School, from which she graduated in 1956.

The first thing one might notice on meeting Reba was that, at 6’0, she was extremely tall, as most Polk County Ledbetters and their descendants are. She liked to point out, however, that she had tiny feet, which she said proved that on the inside she was only 5’2. The story she told most often about herself was how Charles, who grew up on the neighboring farm, kissed her beside the well in her front yard when she was five years old. (He was six.) At that moment, she said, she decided that she was going to marry Charles, and sixteen years later, in 1959, did exactly that. Charles always maintained that he only kissed her because her brother, Billy Tom, and his brother, Jack, threatened to push him down in a pile of cow manure if he refused. He remembered only the threat; he apparently lost consciousness during the kiss. He remained the great love of her life until he died the day before their sixtieth anniversary in 2019.

The other story she told most was about being bitten on the big toe of her right foot by a copperhead snake at age ten while retrieving firewood for the cookstove. She was unaware of the encounter with the copperhead until she heard a voice say, “Reba, you’ve been bitten by a snake,” at which point she threw down the firewood and ran to the house. Her father drove her to Rutherford County Hospital at a high rate of speed while her mother repeatedly yelled out the truck window, “We’ve got a snake-bit girl in here!” The snake, which was later killed with a hoe by her grandfather, William Hampton Ledbetter, grew in size over the years until it attained the approximate length and girth of an average-sized telephone pole. Seventy years after the incident, Reba still listed the snakebite as the primary item of her medical history.

Following her graduation from Mill Spring, Reba attended Blanton’s Business College in Asheville. Her first job was in the office of the S&W Cafeteria in Charlotte, where a pastry chef who was fond of her often left a slice of pie in her top desk drawer. Reba worked as the office manager of Belk in the Tri-City Mall in Forest City for twenty-five years, and could simultaneously run an adding machine, talk on the phone, drink coffee, smoke a cigarette, and entertain whoever happened to drop by her office. She served as an unofficial romantic counselor to many of the high school students who worked at the store part-time, and several couples to whom she offered advice remain married to this day.

Reba loved fashion and even at the end of her life could tell a visitor what she had worn to the Memorial Day celebration at Rock Springs Baptist Church in any given year from about 1942 onward. She preferred pantsuits to dresses because she thought her legs were too skinny and avoided high heels because she said they made her look eight feet tall. She loathed wrinkled clothing and considered any unwillingness to iron before going out in public an unmistakable sign of poor character.

A soprano, she sang beautifully and for over fifty years served as pianist, song leader, and music director of Rock Springs. Either she or her Grandfather Ledbetter led the singing at Rock Springs for over 100 years of the church’s 180+ year history.

She was a steadfast friend (she was best friends with Elna Lynch Owens of Tryon for almost eighty years) and an implacable enemy. According to one of her final caregivers, “If Mrs. Earley loved you, she loved you. And if she didn’t love you, well, there’s no need to talk about that.”

She was never happier than when dancing with Charles, particularly to “When a Man Loves a Woman” by Percy Sledge, or “Searching” by the Coasters. She was a good cook but didn’t much care to, and an excellent housekeeper, except for what she called the junk room, whose door was to remain closed if company was in the house. She had terrible depth perception, which made her a driver to be avoided. She proudly bragged that she drove back and forth to the Tri-City Mall on the Highway 74 bypass for over twenty years and never once changed out of the left lane.

She was a devoted mother, an appreciative mother-in-law, and a smitten grandmother. She thought everything about her granddaughters was perfect, especially their heights, which for both girls topped out at 5’0. About them, she once said, “My, my, what I wouldn’t give to be five feet tall. But you know what? I think I could wear their shoes.”

A memorial service will be held for Reba at Rock Springs later this fall.