One person airlifted after truck flips on US 74 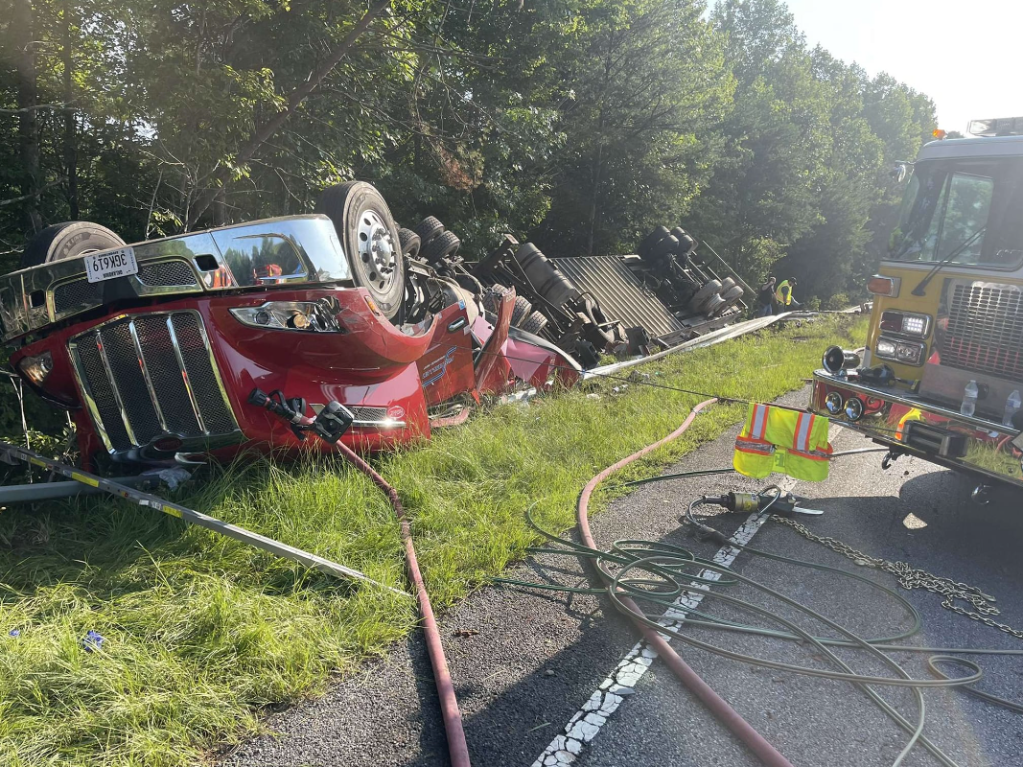 MILL SPRING––On Tuesday morning around 8:30 a.m., Mill Spring Fire Department was dispatched to a multi-vehicle accident on US 74.

At mile marker 166, a semi-truck and a vehicle got into a serious accident. According to officials at Mill Spring Fire Department, the vehicle cut off the semi-truck, which caused the truck to overturn. The semi-truck then flipped over the guardrail and landed upside down in the woods. The car sustained heavy damage on the front passenger’s side.

The driver of the semi-truck was trapped in the cab for about 45 minutes while officials worked to extricate him. Officials say he was conscious when they arrived on the scene.

The driver of the truck suffered major injuries and was airlifted to Spartanburg Regional for emergency treatment. Westbound traffic was shut down completely for about 3 hours, and crews worked to clean up and remove debris from the scene throughout the evening and into Wednesday, officials say.