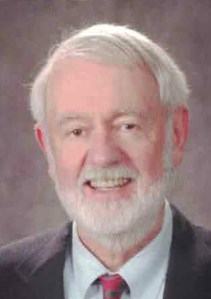 Tryon– Henry “Cecil” Cannon, 86, of Tryon NC died July 30, 2022, in the care of Hospice House of the Carolina Foothills in Forest City, NC.
Born and raised in Fitzgerald, GA, he was the son of Henry Cecil Cannon, Sr., and Dora Corinne Ellis. He graduated from Fitzgerald High School in 1954 where he played center on the varsity football team.  After high school, he attended the Georgia Institute of Technology graduating with a BS in architecture and building construction.
He served one tour in the US Army in Germany and later served in the Army Reserve. He was honorably discharged as a 2nd Lieutenant.
Cecil practiced architecture in Georgia before joining the Department of Education in Florida where he was the State of Florida Research Architect. In 1977 Cecil joined BRPH, Architects & Engineers as the principal architect and managed the Tallahassee office, specializing in educational and governmental facilities. After a brief time in private practice, he joined the Haskell Company of Jacksonville, FL as head of the educational facilities division.  He retired in 2001 and moved to Tryon, NC where he enjoyed providing consulting work for several local government projects.
Cecil was a Rotarian, serving a term as President of the Tallahassee Capital Rotary Club, Tallahassee, FL, and later as Secretary of the Thermal Belt Rotary Club, Polk Co. NC. He was a Paul Harris Fellow. Cecil was on the board of directors for Springtime Tallahassee and served as krewe chief of the American Territorial Krewe. In Tryon, he worked on a Habitat for Humanity crew, and served on the Lanier Library Board and on the Gillette Woods Homeowners Board. He was inducted into the local Second Wind Hall of Fame. Cecil was a Presbyterian.
Bass fishing in Florida lakes was a special pleasure for Cecil as was his time soaring as a glider pilot. He and his wife both flew a Quicksilver Ultralight.  Wood carving became a hobby in his later years.
Cecil is survived by his wife of 58 years, Beth Kirkley McRee of the home; a son, Thomas Elliot Cannon and his wife Sharon, and a brother, George Ellis Cannon and his wife Brenda.
If desired memorial contributions may be made to the Parkinson’s Foundation, www.parkinson.org
Graveside services will be held at a later date in Valdosta, GA.
An online guest register is available at www.mcfarlandfuneralchapel.com