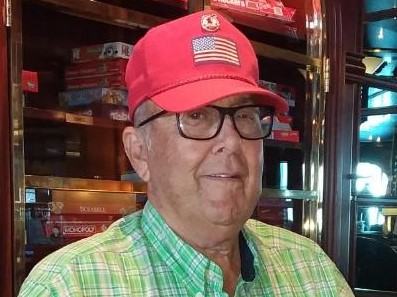 He was born on January 11, 1936, in Rutherford County, NC, to the late Cleston and Alice Burgess. Glenn and his brother, Leon, owned and operated Burgess Refuse Removal Service from 1969 until 1997. He also served on the Deacon Board at Coopers Gap Baptist Church and Mill Spring Baptist Church. He sang in the choir and served as Treasurer for many years at Mill Spring NC. Glenn was also a Veteran, serving proudly in the Air Force, and was an active member of the American Legion Post 250 in Tryon as The Post Memorial Honor Guard and Bingo Chairman. He was a member of the Gideons International of Polk County where he distributed bibles here and abroad.

Glenn was known by all to have an altruistic spirit and was happiest when he was helping someone. He would help anyone he could, anytime and anywhere he could. He has touched so many people and made countless friends along the way due to his caring generosity.

Glenn is survived by his wife, Linda, who was the love of his life for 63 years. Glenn and Linda were both in the United States Air Force when they met and married. He is also survived by his son, Mark S. Burgess, of Columbus; his daughter; Trayce Burgess Gumina (Michael), of Shiloh, Illinois; a brother, Leon Burgess (Ann) of Sunny View; a sister, Marie Wilson (J.D.) of Sunny View; two grandsons, Stephen Burgess of Hendersonville, NC, and Alex Bastian of Crestview, Florida; one granddaughter, Chelsea Darley (Will); and 2 great-grandsons, Connor Darley and Wyatt Darley of Landrum.