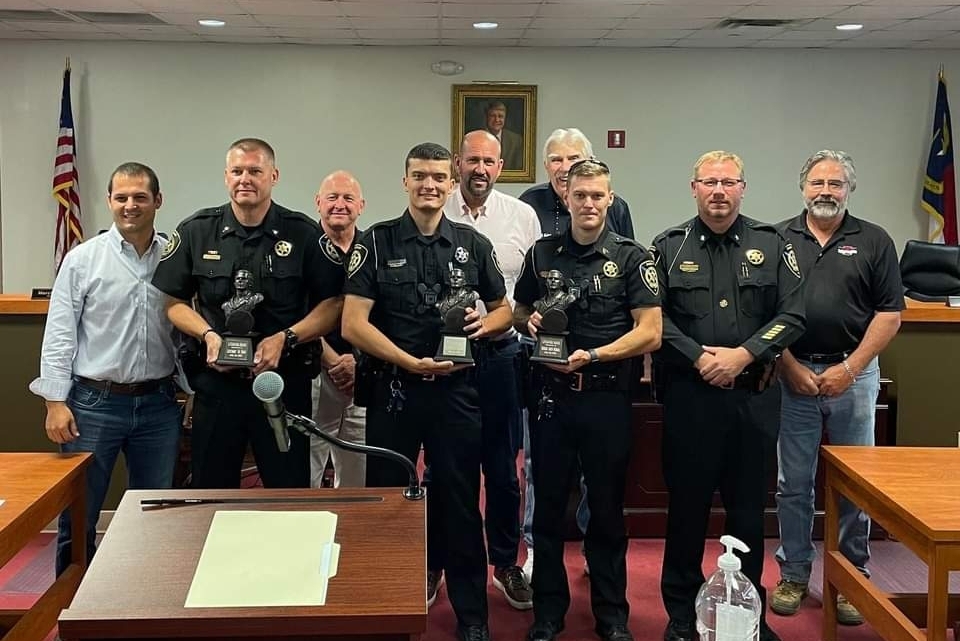 While engaging in a welfare check at a residence, Deputy Coggins found an unresponsive subject and quickly realized that the subject was not breathing due to what was suspected to be a possible narcotics overdose. With assistance from Lt. Davis and Sgt. McDaniel, Deputy Coggins administered Narcan (naloxone HCI) and continued life-saving methods until EMS arrived.

“They literally saved a life this morning and went above and beyond to help us with patient care,” a Polk County EMS employee said after the incident. “The outcome would be way different if not for the deputies’ quick response.

“We could not be more proud of these three deputies’ actions in saving the life of our neighbor and are thankful for the positive and effective relationship we have with the EMS and Fire Departments, all of which led to this fortunate outcome,” said Sheriff Tim Wright as he praised the deputies and other Polk County officials. “Commitment to the ongoing training of our personnel is augmented by ensuring they are also well-rounded in a number of disciplines to include tactical medical care as was demonstrated during this incident”