After 29 years, a Tryon institution is coming to an end 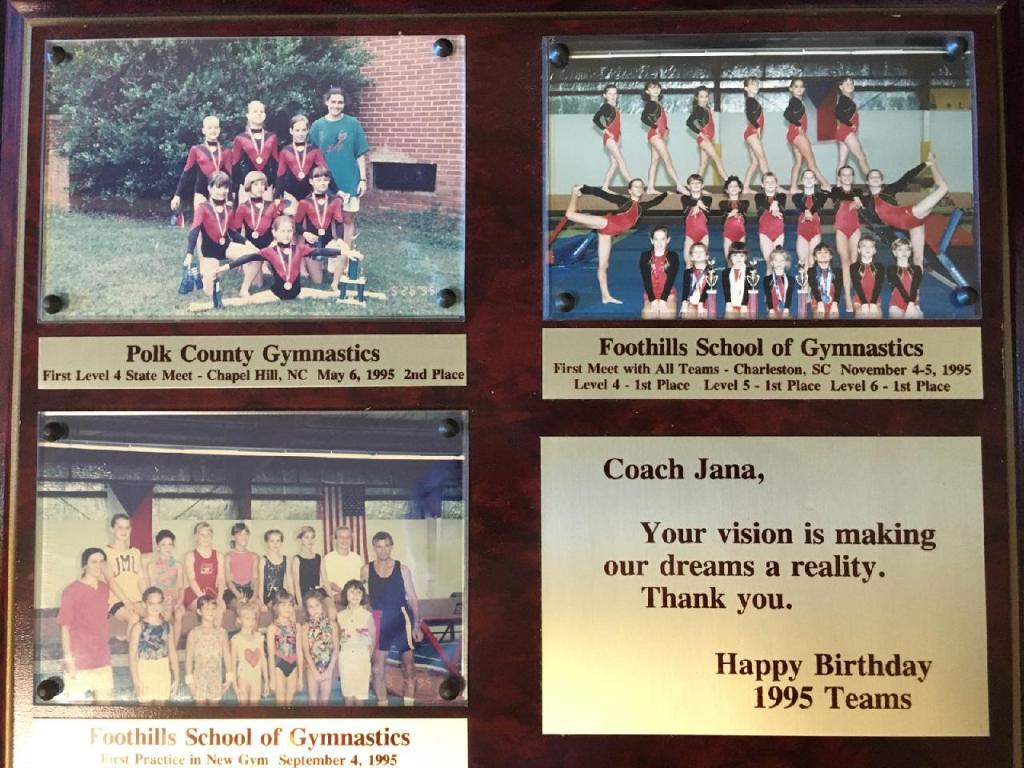 One of the author's daughters was a member of Jana's first competitive gymnastic team. The attached photo represents the early years.

Jana Williamson Lukesova has decided to close Foothills Gymnastics Academy, liquidate her assets, and return to the Czech Republic to care for her aging mother.

Jana was born and raised in Czechoslovakia under communist rule. She arrived in America in 1991, became an American citizen, and opened her Tryon gymnastics gym in 1993.

In the early years, Jana’s teams were identified as the Polk County Gymnastic Team and they practiced in the old Tryon Elementary school gym which has since been torn down.

With growing success in competitions, enrollment expanded and Jana moved to her present location in Tryon. With a larger facility, Jana invested in first class gymnastic equipment and renamed her gym Foothills Gymnastics Academy.

Jana coached over two hundred state, regional, and national champions. She also had several girls to compete in gymnastics and track and field at the college level.

Jana’s teams were a “force to be respected” and usually dominated the meets they competed in. She always made sure her teams supported local community events through free public exhibitions and charity fundraising.

Jana’s work ethic, determination, and kind heart has been an inspiration for many, especially for the hundreds of young girls that participated in her gymnastic programs.

Jana made our community proud and a better place to live. Thank you, Coach Jana!