‘We just grow what thrives’: San Felipe Farm in Polk County is regenerating the land 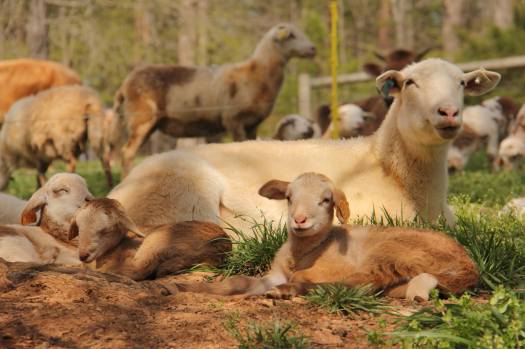 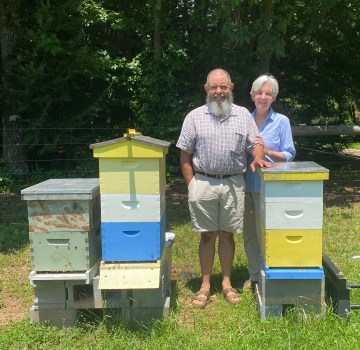 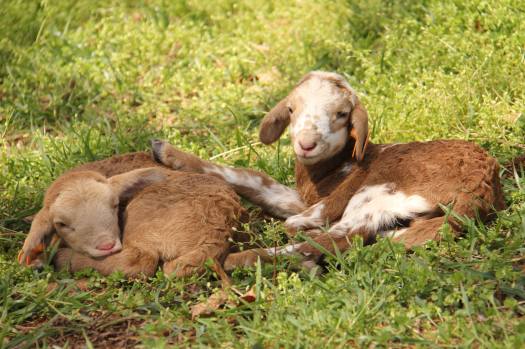 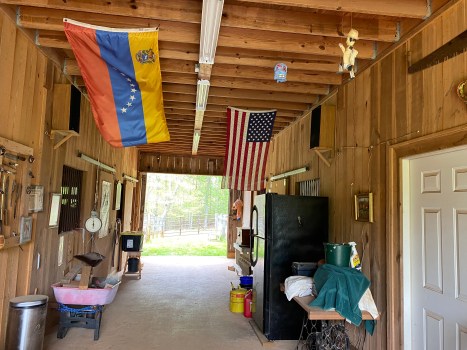 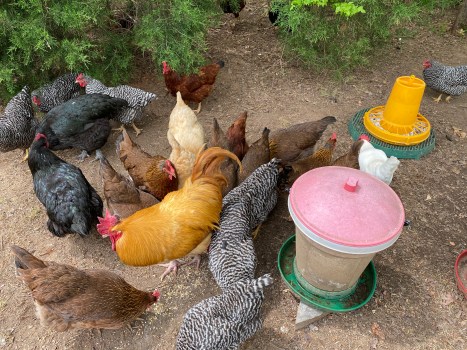 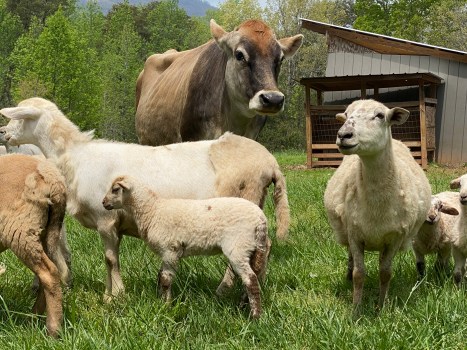 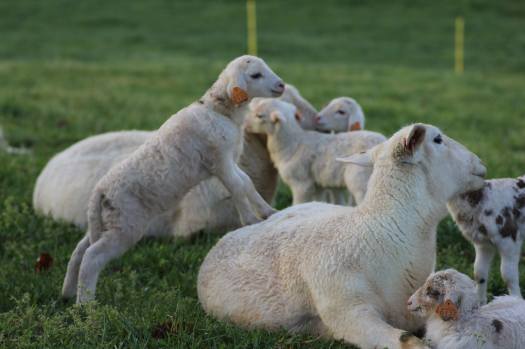 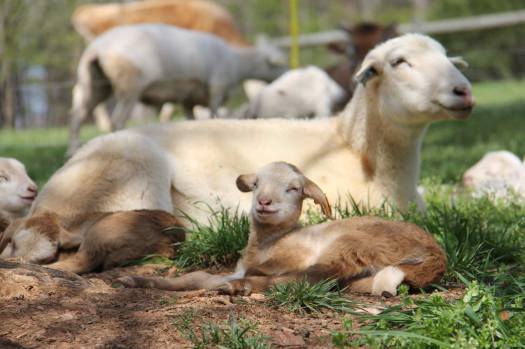 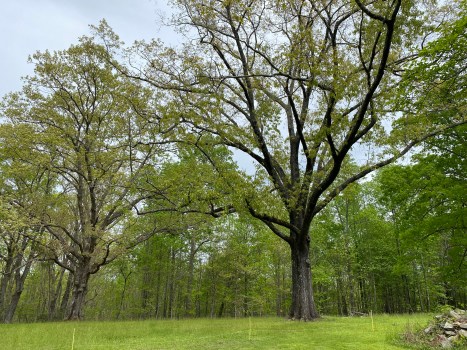 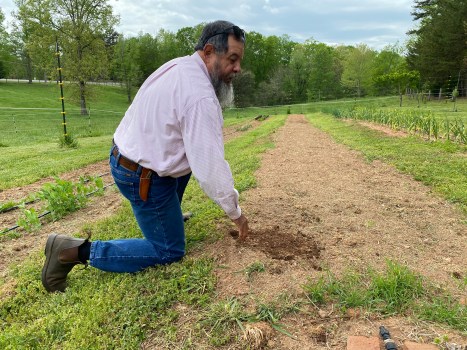 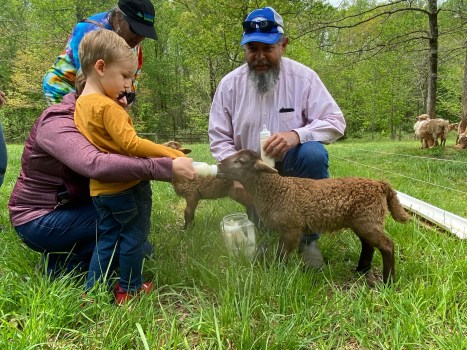 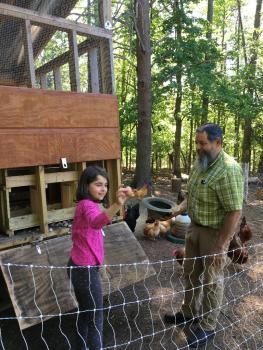 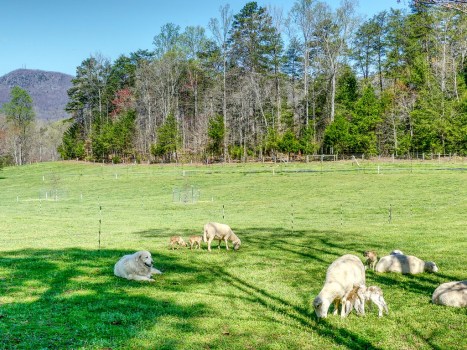 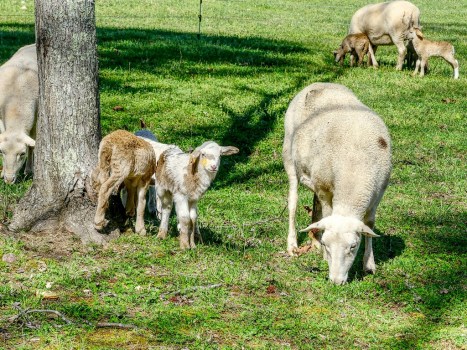 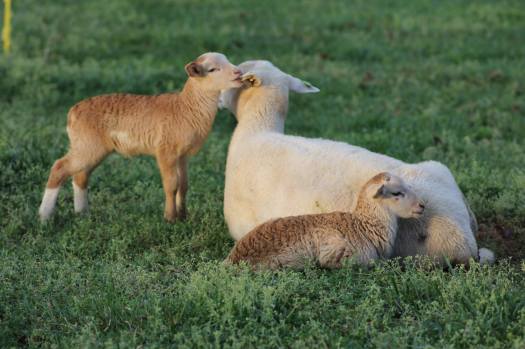 It’s Rafael Bravo’s favorite part of the day—when he moves his sheep to fresh grass. The sheep know it’s coming. If they see Rafael or his wife Mary, all the mother sheep and young lambs start bleating. They want the feast of grass that they can see just across a line of moveable fence. They live for the moment each afternoon when they move to a new paddock—a quarter-acre of pasture where the grass grows tall and lush.

“If you’re here when they are being fed, you will see them all running. They run like little kids—all 40 of them,” Rafael says. “It’s amazing. I really like that.”

As soon as they move, the sheep start gorging themselves on grass. As Rafael watches them, what he sees is the land getting better. Six years ago, the Bravos retired to Polk County to start their farm. And even in that short time, Rafael can see the soil growing more fertile. The grass is growing denser and more nourishing. The sheep give back to the grass, fertilizing it with their manure, and the grass supports strong, healthy sheep.

Rafael looks over this year’s lambs. “Look at them,” he says. “They are bulky, square, good-looking animals.”

It all comes back to the soil, he says. “You see the grass the way it is. That is because of the sheep and the nutrition in the soil. Soil is the number one resource for us. Without good soil there is nothing. Without grass, we cannot keep anybody.”

“I always wanted to do this,” Rafael says. “It’s who I am.” For generations, his family has farmed in Venezuela at the foot of the Andes Mountains. He cherishes his memories of working a ranch on horseback and sleeping outdoors in a hammock.

Rafael and Mary met in England, where he went to study agricultural economics. She was from Ohio and studying biology. After their study abroad ended, the two courted across international borders for two years. When they decided to marry, Rafael moved to the United States and worked in the agricultural industry. For many years, he sourced mushrooms for Cambell’s Soup. Mary earned her Ph.D. and became a neuroscientist and professor at Rutgers University. They raised two children.

But once their children were grown, Rafael felt the time had come to live his dream of farming. “Rafael had a dream to retire to a farm,” Mary says, “and I was happy to do his dream.” He retired on the younger side, and Mary partially retired, continuing to teach some online classes.

They found their land in Columbus in 2012, captivated by its rolling hills and spreading oaks. The farm is 18 acres, about half woods and half open land. They moved there in 2016 on the same day that the sheep arrived. Now, they also have a cow, chickens, a large garden, beehives, and mushroom logs. They named it San Felipe Farm, a name inherited from a coffee plantation that Rafael’s grandmother owned.

People told them not to farm in retirement, Mary says. They said it would be too much work. And it’s true. Some days it is a lot of work.

Still, Rafael says, “People decide to retire in many different ways, correct? Some people live in cruise ships. People play golf five days a week. We don’t do either one. We love to travel but we only travel once every two years.”

Also, as retirees, they don’t face the same financial pressures they would have struggled with as younger farmers. They had other careers while they were raising kids and saving for retirement. That means that now they can keep the business side of farming relatively simple and focus on the parts that bring them joy.

“I like the outdoors,” Rafael says. “You hear the birds. My days are outside and I enjoy that a great deal. They start early and don’t end until late in the evening. There’s a break in the middle and I take a nap and I look forward to that as well. I’m grateful every day.”

The Bravos do their best to farm in ways that are sustainable, even regenerative—bringing new life to the land. But there was a lot they didn’t know about how to farm, especially in this new place. So, they relied on advice from the Polk County office of the NC Agricultural Extension. For example, when they said they wanted to grow grapes without chemicals, the Extension office pointed them to muscadines.

They were right, Mary says; muscadines are indestructible. “We just grow what thrives,” she says. After their cherries were decimated by beetles, instead of spraying to kill the pests, they replaced their cherry trees with peaches.

Rafael explains that they chose sheep because they may be best livestock for the land. They don’t compact the soil like larger animals. They also drop small pellets of manure everywhere, compared to big cow pies, so they spread fertilizer over more of the ground.

Meanwhile, their rotational grazing system—a new paddock each day for 25 days—keeps the land healthy. The grass is never overgrazed; the ground doesn’t get worn bare; and each paddock can recover for nearly a month before the sheep come back.

They use minimal chemicals, with exceptions to control invasive species such as kudzu and hemlock woolly adelgids. And they limit inorganic fertilizer to one treatment per year.

Rafael sees the increasingly dense, lush grass as a testament to the growing fertility of the soil. That means that all animals on the farm benefit, he says—including wild animals such as deer, coyotes, foxes, raccoons, owls, and all kinds of birds and insects.

The farm provides much of the Bravos’ food—flavorful vegetables, fruit, eggs, milk, and beef, as well as homemade cheese, butter, yogurt, and ice cream.

Meanwhile, the farm income is primarily from sheep. They raise Katahdin sheep, a breed prized for their meat. As they raise increasingly high-quality, registered Katahdins, most of their female lambs and some of the males are sold for breeding, which the Bravos are glad to see. Still, ultimately, the sheep or their offspring become meat.

This year, the Bravos took their stewardship a step further and protected the farm with a conservation easement held by Conserving Carolina. The easement ensures that the land will never be developed; instead, it will be preserved for agriculture, scenic beauty, and wildlife habitat. Rafael also volunteers on Conserving Carolina’s board of directors.

One reason they chose to protect San Felipe Farm is that it means so much to their community. Mary says, “It’s a very beautiful farm. I think the view from the road is special. We know that many people enjoy it because so many people stop here to watch the lambs, but also just to see what we’re doing. You know how they say if you want to meet people, get a dog? If you want to know your neighbors, just have some sheep. Everyone has come to us, to see what we’re doing, ask questions, see if they can take photos, make paintings, or bring their children.”

They welcome visitors and Rafael hopes that some of the young ones will take an interest in farming. “Hopefully we can put the little seed in somebody’s head, like I was given.”

The conservation easement ensures that this land will be here for the next generation to farm. And it will be good land.

“It’s not just the easement,” Rafael says, “It‘s what we do every day that makes the difference. If we are keeping this in better condition, if we are helping things grow easier, both plants and animals, we feel that we are contributing to the future. For us, it’s every day.”