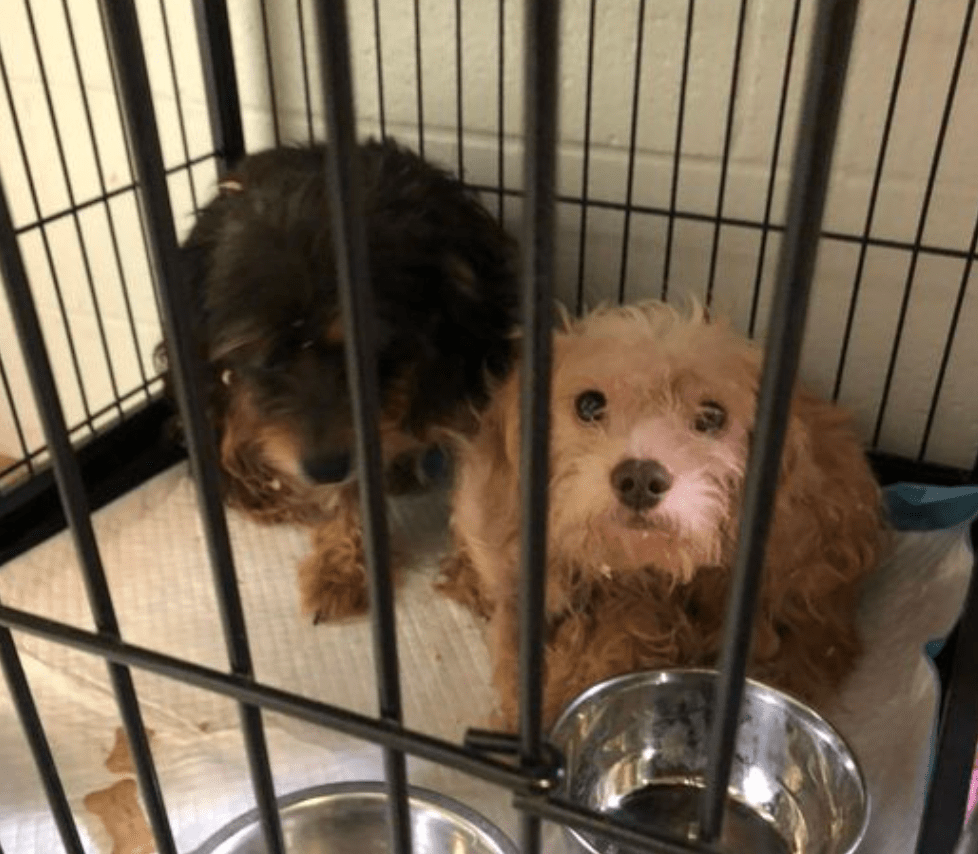 COLUMBUS––On Saturday, Polk County Animal Control was informed of two puppies that had been abandoned just outside Columbus, at the intersection of Red Fox Road and Peniel Road.

According to Animal Control, a man and his daughter were driving when they spotted a crate on the side of the road, and one puppy outside of the crate.

The driver pulled off the road, and the puppy ran back inside the crate, where the man found the other puppy. He immediately took both puppies to the Foothills Humane Society.

Animal Control is currently unaware of the puppies’ age, but believes the dogs are a terrier mix, and says they were uninjured and were not malnourished, but in dire need of grooming.

Both puppies were to be held at Foothills Humane Society for 72 hours to allow time for someone to come forward and reclaim them, and after that time is up, they will be available for adoption.

If you have any information about who might have been responsible for abandoning these puppies, please call Polk County Sheriff’s Office at 828-817-7984.