Heavy traffic a factor in SUV fire on I-26 West 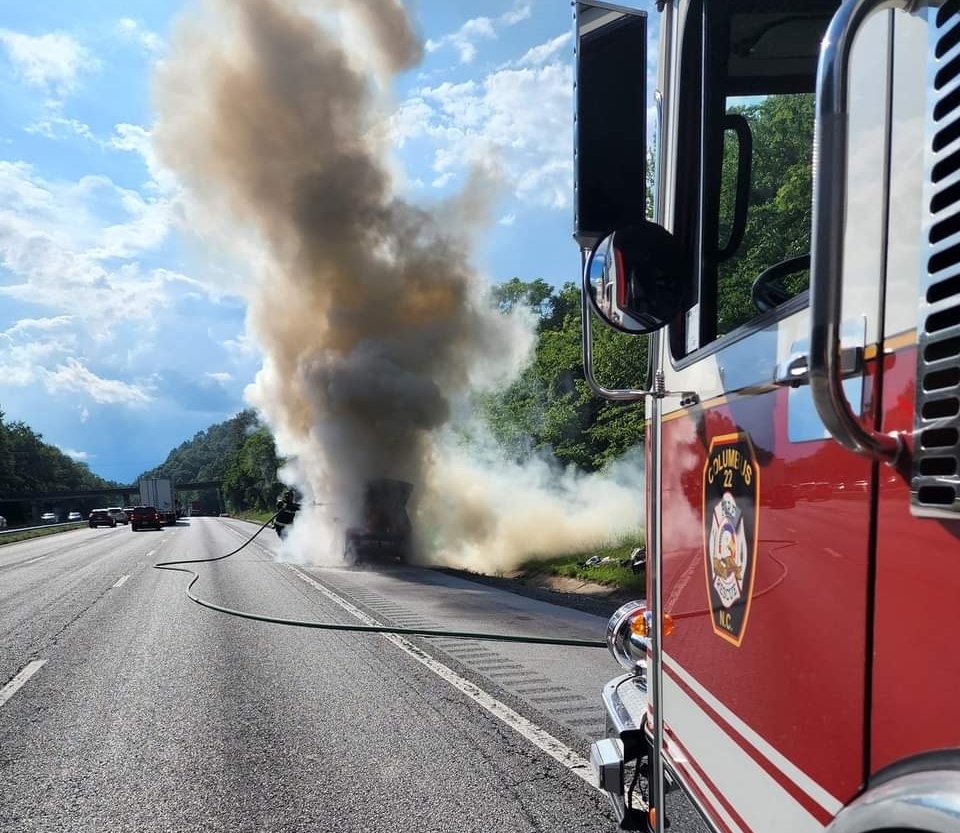 COLUMBUS– On Friday, July 15, around 5 p.m, Columbus Fire Department was dispatched to a vehicle fire on I-26 West near the 62.5 mile marker. Upon arrival, the firemen discovered a red Ford SUV fully engulfed in flames. According to officials, the SUV caught fire while it was in a stop-and-go traffic pattern due to a wreck that occurred in Henderson County.

Columbus Fire Department’s Ladder 22 and Rescue 22, as well as Saluda Fire and Rescue’s Engine 23, responded to the vehicle fire. Two lanes of traffic were shut down to ensure personnel safety.

According to Lieutenant Will Craine of Columbus Fire Department, it took the firemen approximately twenty minutes to put out the fire and depart the scene.

When asked what may be causing all the recent vehicle fires that have been happening lately on I-26, Craine said, “It’s really hard to say what most leading causes are. There are many variables that take place during these events. Most people we encounter during events like this have said that they just recently had service work done.”

“Please make sure your vehicle is serviced properly by qualified shops,” Craine warned the public on Friday. “You never know what the traffic pattern will be day to day on the grade. Heavy traffic and car issues are huge factors in vehicle fires, and wrecks all around westbound, especially in a stop and go situation.”

“Most importantly, watch out for the first responders and other crews dealing with the scene. Today’s traffic gave us some issues while responding to the fire. Understand we are working as quickly as possible to make traffic go back to normal,” Lieutenant Craine concluded.