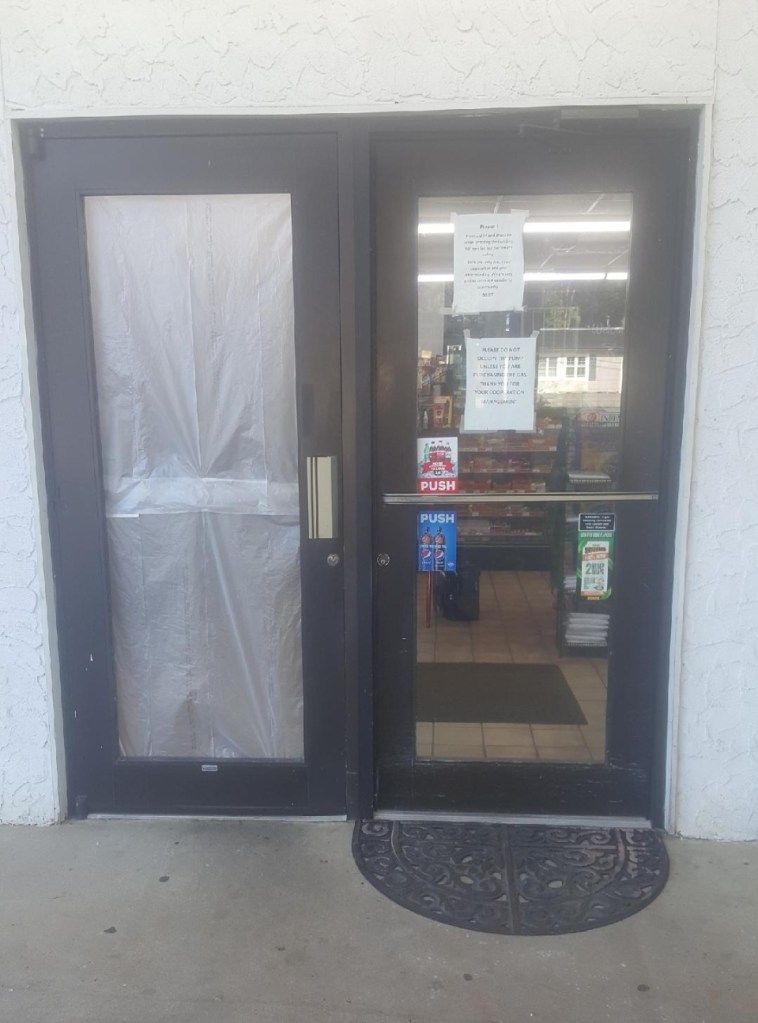 Photo submitted by owner of the Landrum  gas station

LANDRUM– On Monday morning around 1 a.m., the Marathon gas station located at 715 North Howard Street in Landum was broken into and burglarized. The suspect allegedly stole numerous cartons of cigarettes and other products located behind the cash register.

The owner of the gas station, who asked to not be named, states that the suspect ripped the alarm system from the side of the building before breaking the plexi-glass door to enter the convenience store.