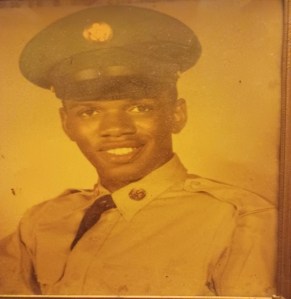 Landrum– James Linwood Cater a proud veteran of the U.S. Army passed away on November 24, 2021.
The son of Linwood and Mildred, James grew up in Landrum, SC. He was born September 1, 1942, and attended Bethune High School.
At the age of twenty-two, James enlisted in the U.S. Army. He valued this service highly and attained the rank of Private. As part of this service, he fought in the Vietnam War.  James was awarded as a Marksman, an expert, and received the Vietnam Service Medal.  After being discharged from the U.S. Army, James became a police officer for the Polk County Sheriff’s Department and retired as a Sergeant Detective.
James is survived by his son, James (Cassandra) Carter, stepdaughter, Connie (Robert) Sayles, six grandchildren, and two great-grandchildren.  He was proceeded in death by his parents and siblings Bobby, Mildred, Lee, Christine, JoAnn, and Linda.
A service honoring the life of James L. Carter will be held on December 18.
The family of James would like to thank you for coming and sharing your memories.