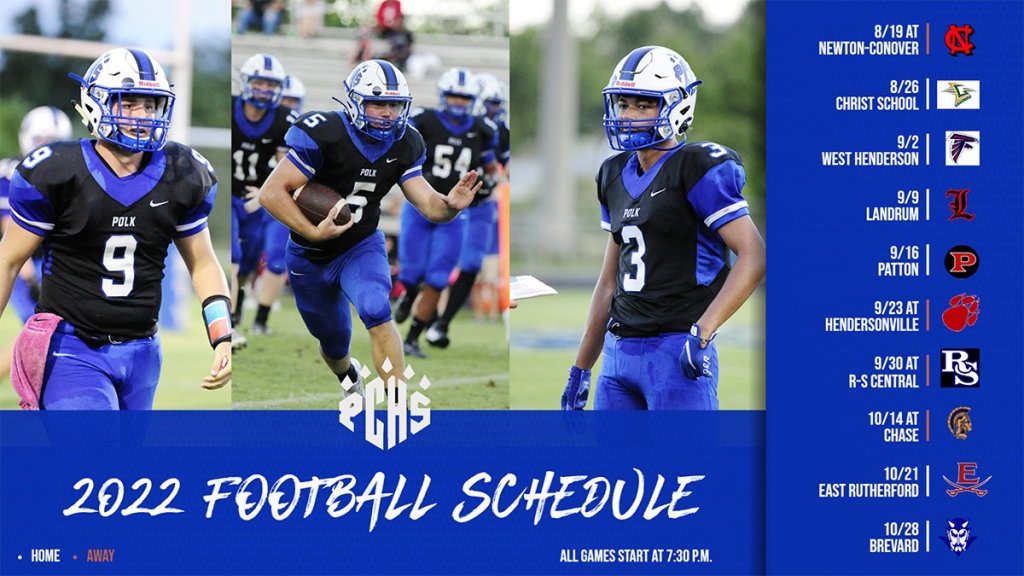 The return of a rival and a travel-friendly away slate are two highlights of Polk County’s 2022 football schedule.

The Wolverines will open their 10-game schedule on August 19 at Newton-Conover. It’s one of just four road games on the schedule and the only road trip of more than 25 miles.

Polk County returns home in the season’s second week to begin a four-game homestand. First on the slate is private school power Christ School on Aug. 26, followed by West Henderson on Sept. 2.

The fourth week of the season brings Landrum to G.M. Tennant Stadium, a resumption of the series between the neighboring schools. That game will also conclude the Wolverines’ non-conference schedule.

Polk wraps up its homestand on Sept. 16, hosting Patton in its Mountain Foothills 7 Conference opener.

The Wolverines then hit the road for a crucial three-game road swing, traveling to Hendersonville on Sept. 23 and R-S Central on Sept. 30. Polk then has an open week before visiting Chase on Oct. 14.

The regular season concludes with home games against East Rutherford on Oct. 21 and Brevard on Oct. 28.