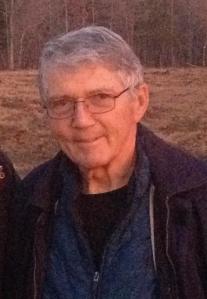 Landrum– Dr. John Edward Davis, 79, of Boiling Springs, SC passed away peacefully on July 7, 2022, in the care of Hospice House in Landrum, SC. Born and raised
in Youngstown, Ohio, he was the son of the late Henry W. and Ruth M. Davies
Davis and husband of Judy Byars Davis.
He graduated from Boardman High School in 1960 where he played varsity
football and was a member of the golf team. He attended Colgate University
in Hamilton, NY, and was a member of the Phi Delta Theta fraternity. While there
he was a member of the football team and played lacrosse. Upon graduation
in 1964, he continued his education at Columbia University College of
Physicians and Surgeons where he received his medical degree in 1968.
Upon completing his internship at Grady Memorial Hospital in Atlanta, GA,
Dr. Davis entered the United States Navy as a physician serving in Vietnam
and at the Naval Hospital in Oakland, CA. He was honorably discharged in
June 1971 at the rank of Lieutenant. He then served a four-year residency
in orthopedics in Chattanooga, TN, and became board certified by the American
Academy of Orthopedic Surgeons.
Dr. Davis established Mid-Carolina Orthopedics in Tryon and Rutherfordton
for over 30 years. He was also a member of the Eastern Orthopedic
Association, the Southern Orthopedic Association, and the North American
Spine Society. His professional career touched the lives of many area
residents.
In addition to his wife, he is survived by three children, Katherine J.
Davis of Boise, ID, James P. Davis (Sara Jane) of Bostic, NC, and Casey B.
Davis of San Francisco, CA; a step-son John M. Gibson, II  “Jon-Jon”; two
grandsons Alder and William Davis; and a brother, Atty James H. Davis  He
was predeceased by a sister Cathy L. Spatholt.
Private services will be held at a later date at Arlington National Cemetery
with full military honors.
Memorial contributions in John’s memory can be made to Parkinson’s
Foundation 1359 Broadway, Suite 1509, New York, NY 10018.
Condolences may be left at www.pettyfuneralhome.com.