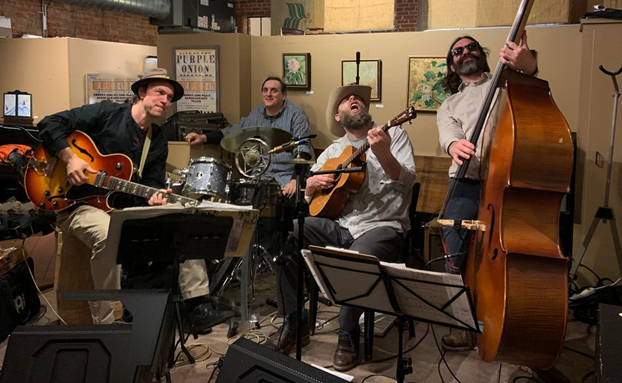 The Lazybirds cover a lot of musical ground.

The next performance in the Top of the Grade Summer Concert Series will be July 22, featuring the Lazybirds, a classic American roots band from the mountains of North Carolina specializing in good-time music that makes you want to move.

There is also a depth to the band that faithful fans have treasured over the years. According to the legendary Doc Watson, “Lazybirds play a good variety of blues, jazz, and that good old ragtime sound, and you will hear the flavor of that in anything they play.” The ‘Birds cover a lot of musical ground, from early American string band music to Dylan classics and classic-sounding originals, but deep roots are what hold all of these sounds together.

The performance will be from 7- 9 p.m on the Ella Grace Mintz stage. In case of heavy rain, bands will move to the pavilion in McCreery Park. Concert goers are encouraged to bring chairs and blankets. Coolers are welcome, and local restaurants are open.

The Top of The Grade Concerts are made possible through a generous community grant from Polk County Community Foundation and are coordinated by the Saluda Downtown Foundation and the City of Saluda. All concerts are free to the public. 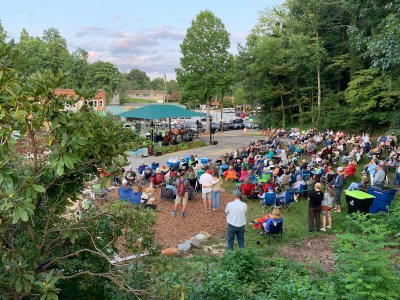