Local fire crews respond to vehicle fire on I-26 West 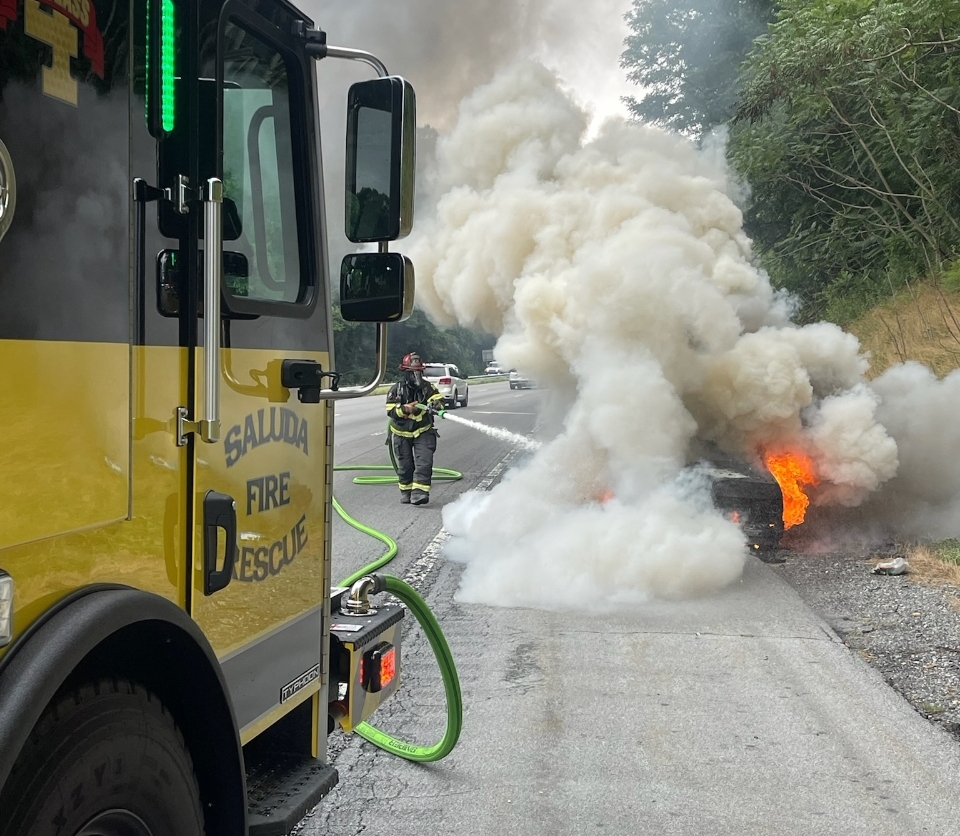 SALUDA – Monday afternoon a vehicle fire occurred alongside I-26 West around the 62 mile marker. One lane of traffic was temporarily shut down due to personnel safety.

Saluda Fire and Rescue’s Squad 23, as well as Columbus Fire Department’s Engine 22-5 and Tanker 22, were able to safely douse the flames approximately four minutes after arriving at the scene. Officials deemed it safe to resume regular traffic patterns after the fire was extinguished and all units left the scene.