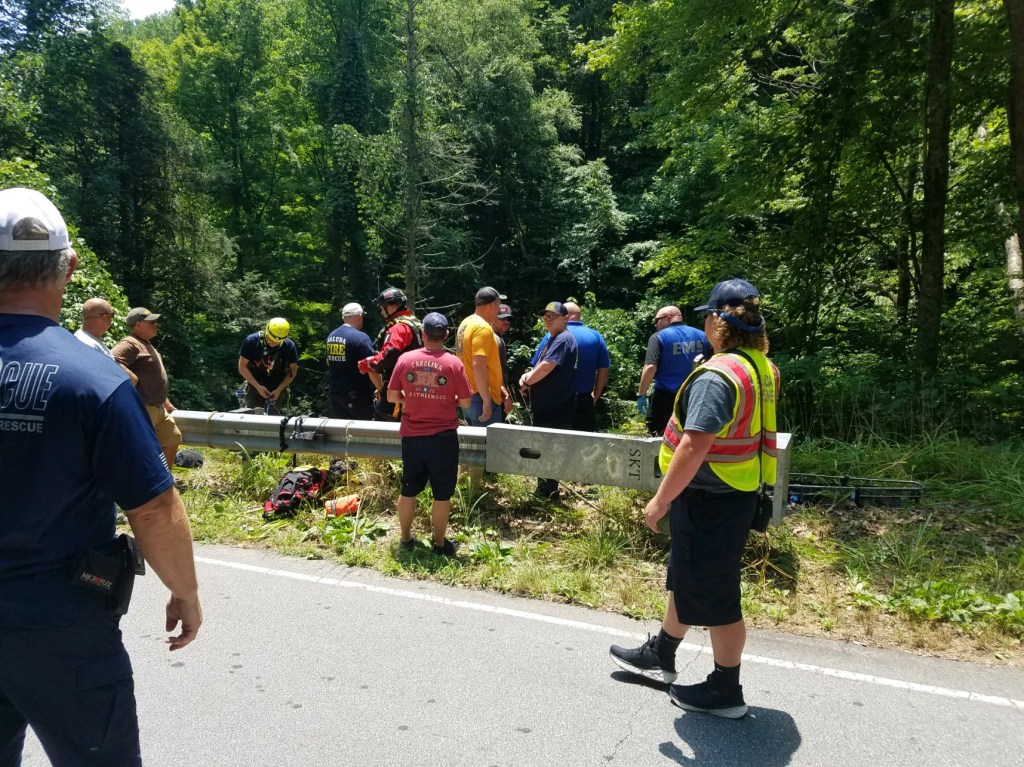 Emergency responders on scene where an accident occurred along Highway 176 on Monday (Photo by Macy Cochran / Tryon Daily Bulletin).

TRYON––On Monday around noon, Saluda Fire and Rescue and Tryon Fire Department were dispatched to a section of the North Pacolet River in Tryon along US 176, within a hundred yards of the Twin Bridges area.

The section of the North Pacolet River, which runs parallel to US 176, was the scene of an accident that resulted in a man’s death. The officials say a driver spotted a body in the river and called 911.

It appears that the accident occurred several hours before the body was found floating in the water. The man was identified as an elderly male from Spartanburg.

“Based on the injuries, it looked like he fell from a rock while walking along the river,” an official from Saluda Fire and rescue said. “It wasn’t ruled as a suspicious death.”

Once responders arrived at the scene, crew members from Saluda Fire and Rescue rappelled down to the river from 176 and retrieved the body. The man was then transported by ambulance to Spartanburg Regional after being pronounced dead at the scene.

“We’re unsure of the time of death, but we know he was down there for more than a few hours,” the official said. “He was well beyond resuscitation efforts.”

As of press time it is unknown if the accident is under investigation. Assisting on scene were Polk County Rescue Squad and Polk County EMS.