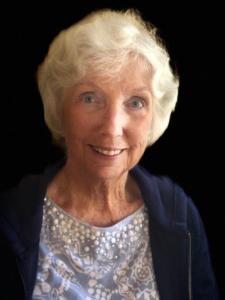 Campobello— Janet Frances Hamilton Maybry died on Sunday morning, June 19, 2022, in Campobello, SC. She was born on May 30, 1942, in Raleigh, NC, to Guy and Julia Hamilton. Her older brothers were Johnny Hamilton (married to Irma), and Rupert Hamilton, and her younger brother was Larry Hamilton, all of whom
preceded her in death. She graduated from Washington High School in Washington, NC in 1960, and attended a dental assistant program at UNC-Chapel Hill. She worked as a dental assistant in her early life and ended up in Charlotte. She met John Broadus Maybry III there and they were married at St. John’s Baptist Church in August of 1970, thus starting a union that lasted fifty-two wonderful years.
Janet and John were blessed with three children: Jay, Molly (married to Chad), and Luke (married to Leah).  They were also blessed with seven grandchildren: Reece Dalton Blackwell, Hannah Louise Maybry, Riley Hamilton Blackwell, Julia Wells Maybry, Rose Tinsley Blackwell, Caroline McClain Maybry, and John Robertson Maybry. Although she did many things in just over eight decades, she cherished being a mother and grandmother the most. She loved her children and grandchildren beyond measure, and they loved and were blessed beyond measure by her.
In addition to her family, she also dedicated herself to Campobello First Baptist Church, Sunday School, Meals on Wheels, Agape Hospice House, The Good News Club, and Greater St. James Holiness Temple Soup Kitchen. She gave herself fully to others and exemplified the gifts of the spirit of love, joy, peace, patience, generosity, faithfulness, gentleness, and self-control.
A memorial service will be held at First Baptist Church, Campobello, SC, on Saturday afternoon, June 25, at 3:00.  Rev. Dr. Michael Bragg, her beloved pastor, will officiate. The family will receive friends at the church after the service. In lieu of flowers, memorials may be made to the building fund of First Baptist Church, Campobello.
Petty Funeral Home in Landrum is in charge of arrangements.