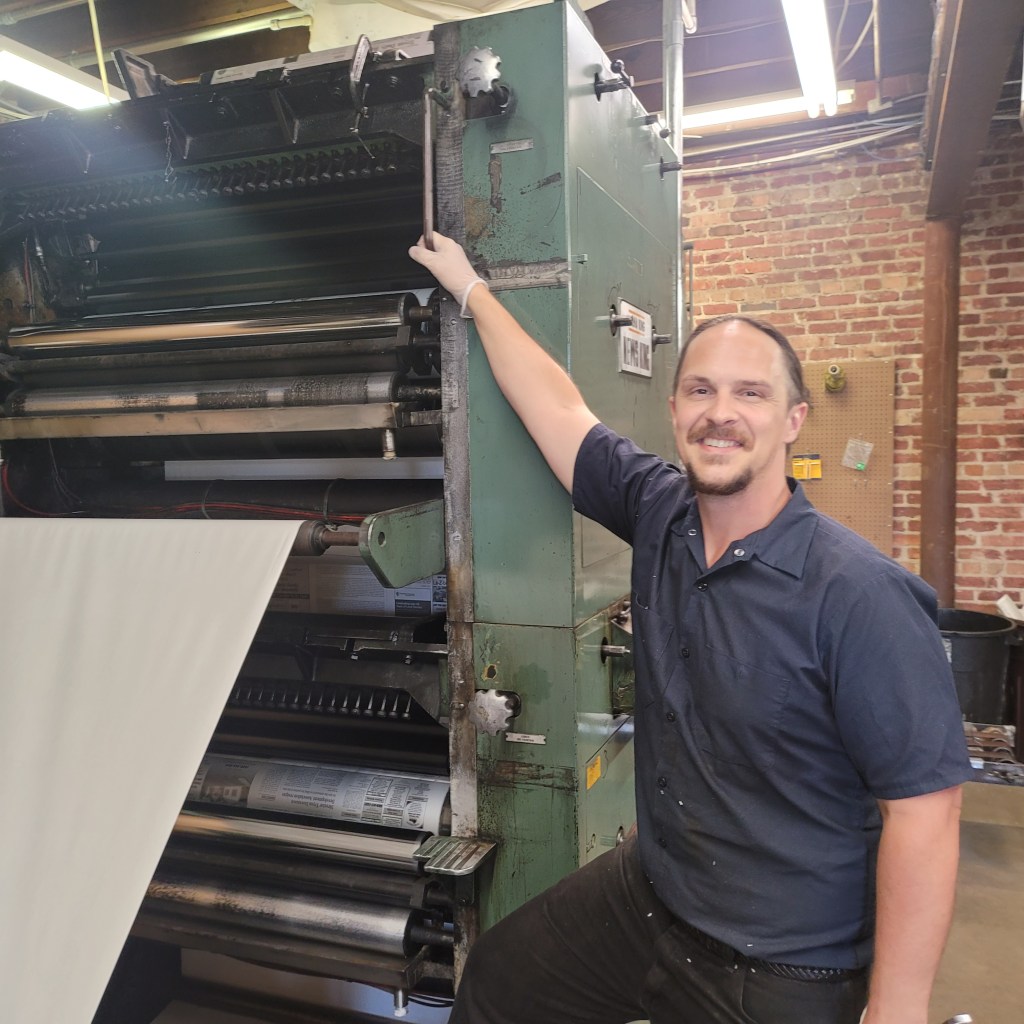 This week marks a special milestone for Jeff Allison, Operations Manager at the Tryon Daily Bulletin, as he celebrates the 20-year anniversary of being hired at the newspaper.

A quick, back-of-the-napkin calculation shows that Jeff has printed and worked on over 5,000 editions of The Worlds Smallest Daily Newspaper, or over 21 million total copies.

Over his many years at the Bulletin, Jeff has earned a reputation for his attention to detail, and for being able to fix just about anything.

On June 27, 2002, Allison was hired at the Bulletin by then Pressroom Manager Tony Elder, who quickly recognized Jeff as a fast learner and a hard worker.

“Jeff was able to handle anything and everything in the pressroom pretty quickly. He always made our jobs easier,” Elder said this week. “Twenty years – it’s hard to believe it’s been that long!”

Hired initially as an “inserter,” someone who stuffs sections of newspaper together by hand, he found himself in the assistant pressman role within months.

“Early on, I knew it was a pretty cool job. Not everyone can say that they operate a printing press for a living,” Allison says. “I’ve always enjoyed the process. There’s definitely an art to it.”

Jeff still claims to be “the fastest inserter who’s ever done it,” jokingly.

During his ten years in that position, he continued to learn the ways of the 1976 Solna News-King press that is still in use at the Bulletin today. He also mastered other processes associated with printing, like darkroom development, plate making, and operation and repair of the post-press and mailing equipment.

In 2013, Allison was promoted to production manager of the Tryon Daily Bulletin by then Publisher Betty Ramsey. In this role, Jeff oversaw all aspects of production and distribution in the department.

She knew he was the man for the job by seeing his “dedication to the Bulletin and work ethic,” says Ramsey.

While continuing his work in production, Allison later began to apply his keen attention to detail to the editorial side of the paper. He became the operations manager in October of 2021, and in this new role he now handles all the duties of editor for Tryon Newsmedia. 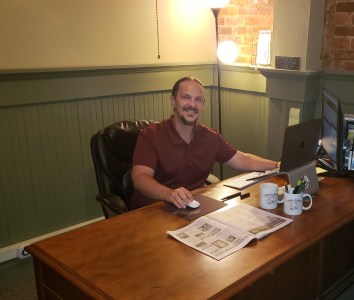 Jeff is hard at work, editing and preparing tomorrow’s paper before the deadline.

“Twenty years is a long time,” says Allison. “I’ve been blessed to work with and learn from a lot of great people over those years.”

Needless to say, Jeff Allison is a busy man these days. Although his role has changed over the years, he is quick to point out that he still inserts the papers and operates the press, just as he did in 2002.

“Wouldn’t have it any other way,” he says. “I’m proud of what we do here, and love the communities we serve.”

In addition to the newspaper, Tryon Newsmedia, LLC publishes content daily at tryondailybulletin.com, as well as monthly lifestyle magazine Life in Our Foothills, the seasonal Visitor’s Bulletin, and several annual special sections.