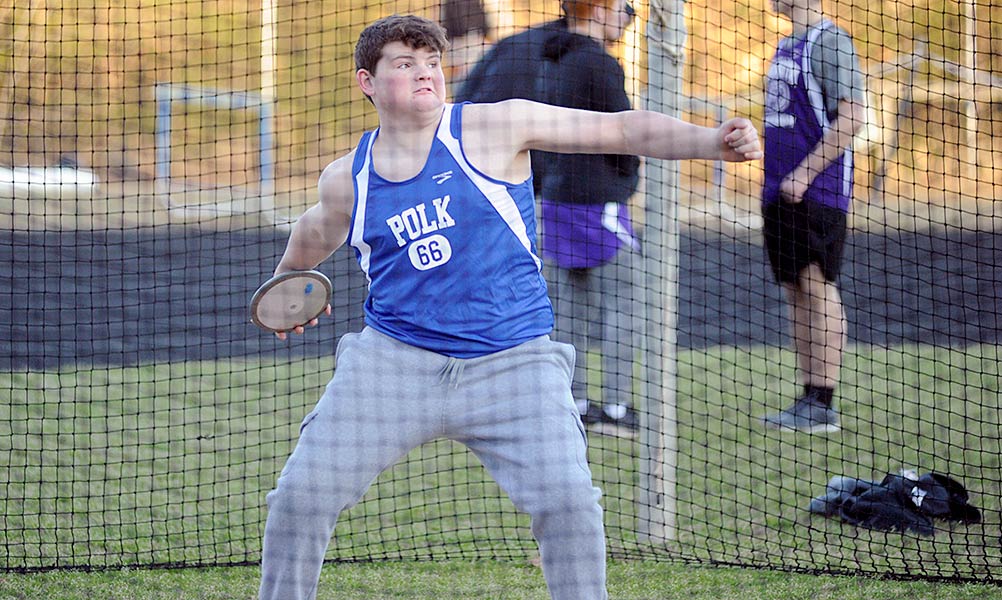 Waddell, who attended Polk County High School until moving to IMG Academy in Florida for his senior season, won the discus event with a throw of 50.86 meters (166-10).

The national title came a day after Waddell placed eighth in the Boys Shot Put Emerging Elite competition with a top throw of 15.83 meters (51-11 1/4).

Both of Waddell’s top efforts in the shot and discus were personal-best throws.

The Nike meet concludes Sunday, and Waddell will again be in action in the Boys Hammer Throw.

The state 1A champion in the shot put as a junior at Polk County, Waddell recently signed a national letter-of-intent with the track and field program at High Point University.