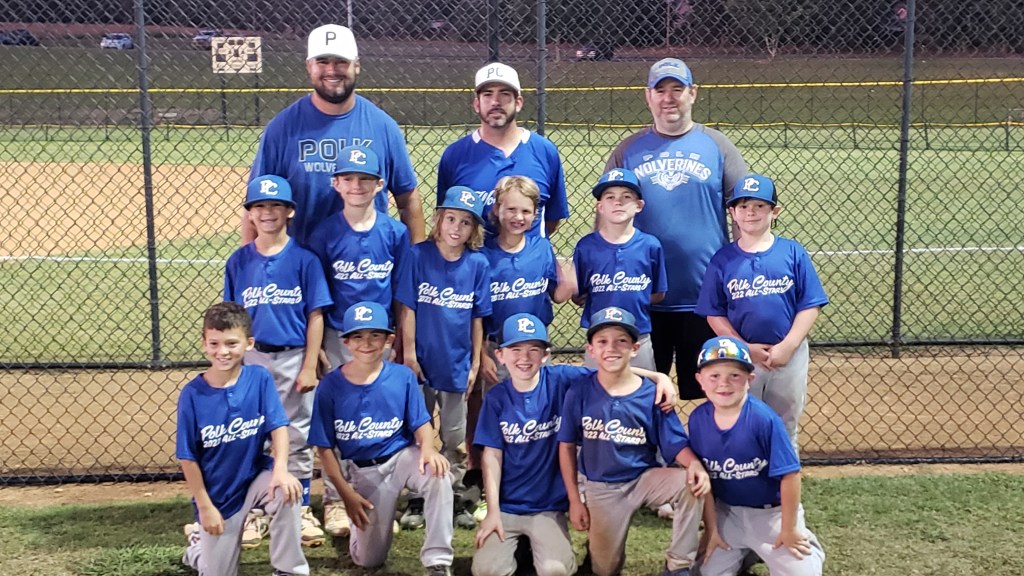 The Polk 8U All Stars had 3 wins with one loss, finishing 3rd out of 8 teams, in the recent D2/Inman Summer Slam Baseball Tournament. They won their final game Friday night against the Landrum 8U All Stars with a score of 17 to 11.

The team played like champions throughout the tournament, only narrowly losing their opening game to Hillsbrook. These talented young men look forward to many more years of playing baseball!