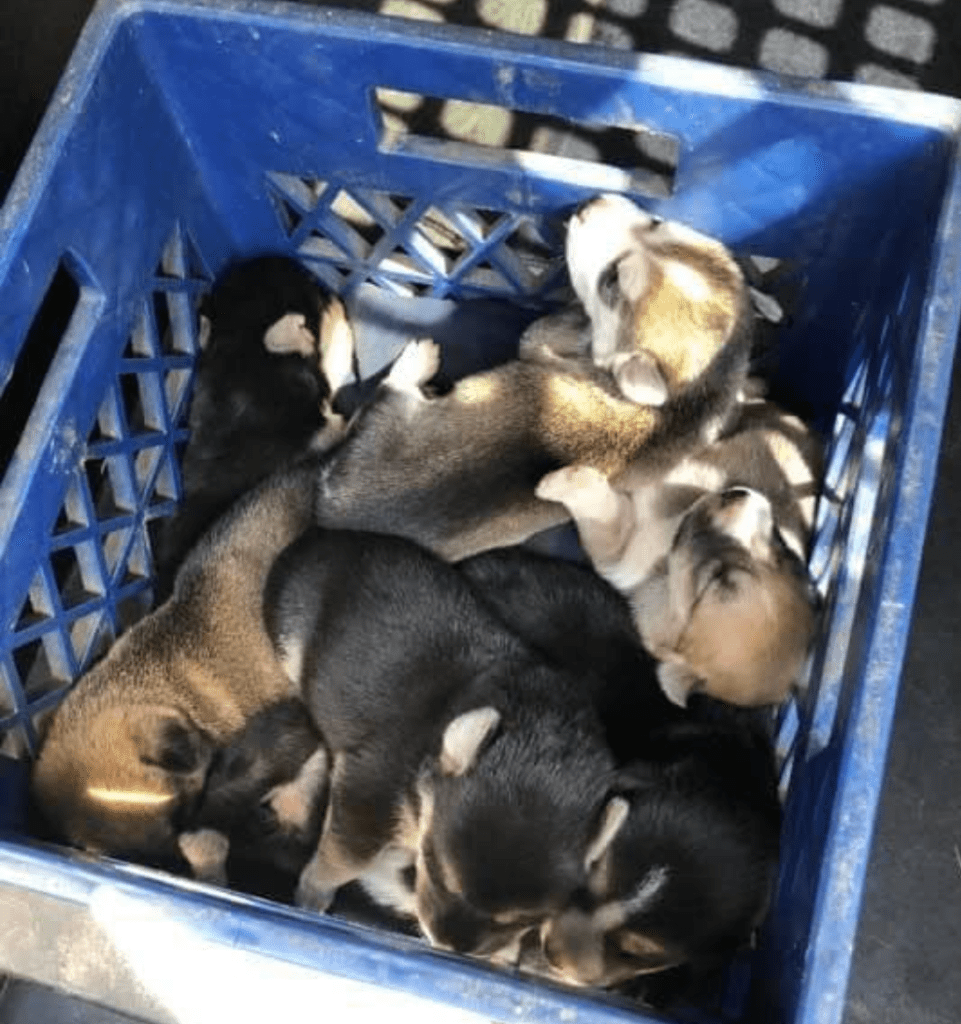 Sergeant walks up on puppies during security check

In Mill Spring, Sgt. McDaniel of PCSO was doing a security check on Big Level Road when he walked up on a milk crate that held 7 puppies. The puppies were placed behind a propane tank Sunday morning, officials believe.

According to Patti Lovelace of Polk County Animal Control, the puppies appeared to be 10 to 14 days old. There were 3 females and 4 males. She says the breed of the puppies is difficult to tell at this age, but they could be a shepherd or husky mix.

All puppies were found with no injuries and are healthy, she says.

“There is absolutely no reason whatsoever for anyone to dump puppies or kittens out, because we have a Humane Society. If anyone in Polk County wants to drop off puppies or kittens, there will be no questions asked,” Lovelace says.

If you have any information about who might have abandoned the crate of puppies, please call Polk County Animal Control at 828-817-7984.