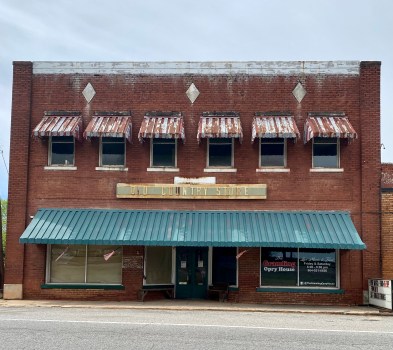 The historic Gramling Store building where the Opry House is located 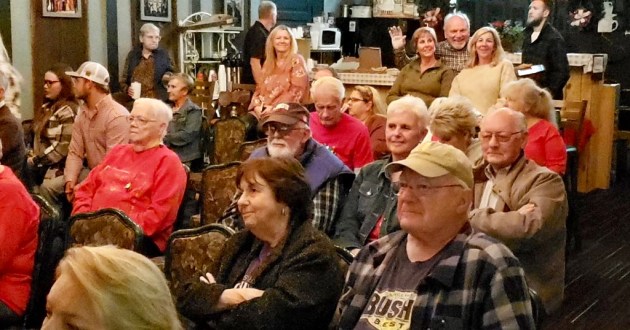 Gramling community members enjoying a show at the Opry 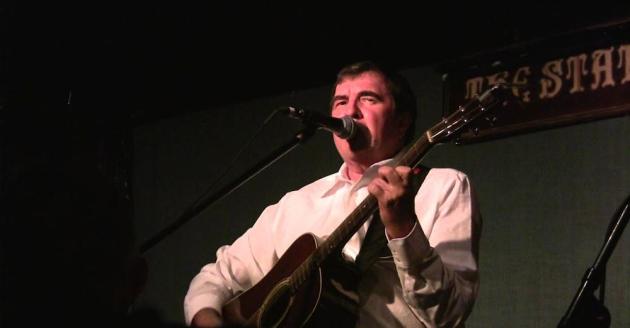 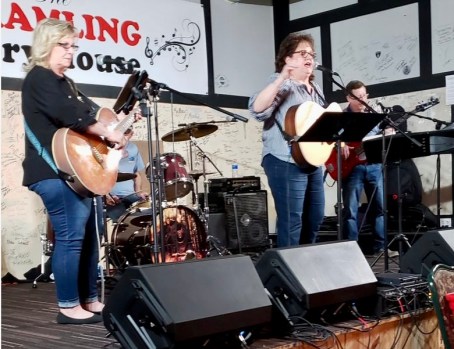 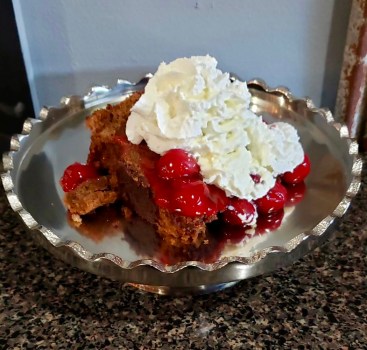 Freshly made desserts are ready for you at the Opry 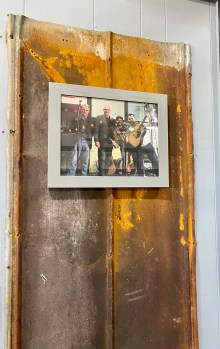 You will notice the repurposed tin panels on the walls, which Rusty says have been in the community since the 1930s 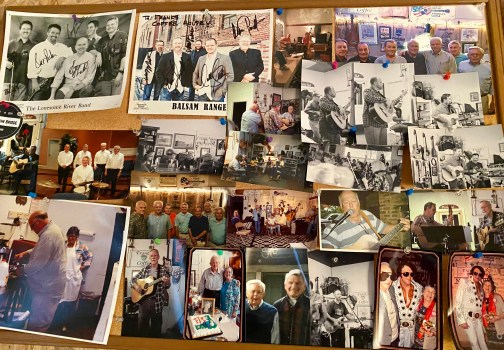 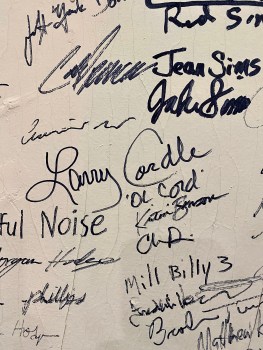 The “autograph wall” that Rusty decided to leave intact when he refurbished the interior, has signatures from many notable local and national artists

Rusty Hollifield loves the old Gramling Store building and its history. When he obtained the space in April 2020, there was a lot of work to do to prepare it to be a quality live music venue.

Five months of hard work later, in September of that year, he was finally ready to open the Gramling Opry House. A lot of big-name country and bluegrass artists came there to play then, due to the limited number of venues being open at that time. The walls were masonry so he had to optimize the sound by covering them with wood paneling. Rusty says “If you don’t have something on top of that to absorb the sound it results in what is called slapback.” Rusty’s improvements and knowledge of sound optimization have resulted in many local and bigger name musicians and bands commenting on how high-quality the sound is at the Opry.

Besides the sound improvements, the over 125-year-old historic building also needed to be restructured inside to accommodate heating and air, a new bathroom, an upgraded stage, and all digital sound system, all of which Rusty himself restored and completed as a labor of love.

Rusty, a bass player, has a life-long love of music. He even started his own recording studio called Trinity Recording and Sound, which first was in a basement studio in Boiling Springs and then moved to Mill Street in Inman. He specialized in southern gospel music and did sound and recording for Grand Old Gospel Reunion in Greenville. Later on, he sold the recording studio to former Marshall Tucker Band members Rusty Milner and Tim Lawter, who were relocating their studio from Spartanburg to Inman.

Rusty started learning how to play bass when he was around 12, and by age 14 he and his brother and two cousins had put together a little instrumental band where they would play mostly on his back porch, but also occasionally at Rusty’s high school in Boiling Springs. Later on, he started playing with a local country band which spun off into a three-piece southern rock band. From 1978 to 1980 Rusty started traveling with a local quartet called The Dixie Prophets. He also played with his late wife Angie’s family’s band, called Family Tradition, a southern gospel group for whom his wife wrote a lot of music. He also played bass at Mt. Zion Tabernacle near Lake Bowen for many years.

Until the mid-1970s, the building where the Opry now stands housed the General Store for the Gramling farms, with gas pumps out front, and the family ran their brokerage business for the dairy, peaches, apples, strawberries and cotton in the upstairs office. Rusty’s uncle managed Gramling’s family dairy farm, and Rusty and some of his family members worked there and in Gramling’s peach shed. For many years, almost everyone who worked in the one square mile of the town worked for the Gramlings.

Rusty says, “Gramling at one time was a hustling bustling one square mile town, and I used to run over there and buy candy and drinks and snacks at the store. You could cut cheese off the block right there in the store. It was just a cool little place. My uncles and dad all worked for the Gramling family so we’ve got some roots there. It’s fun to be there.”

Mossburg plays in several different bands. “He gets out here with the kids and brings his guitar and plays it backward over his head. The crowd loves him,” Suzanne says.  Mossburg plays in several different bands that range in genres from the ’50s, 60’s and 70’s top 40 radio hits to country music. Notably, famous musician and Nashville-based songwriter Larry Cordle, who wrote top hit songs “Highway 40 Blues” and “Murder on Music Row,” performed in April of this year. Two of Rusty’s favorite groups right now are Bluegrass bands called IIIrd Tyme Out and Balsam Range. These days he sometimes plays with Suzanne’s son Wyatt Spearman in their two-piece band called The Gramling Grass. Steel guitar, bass and dobro musician Lee Dill has also played music with Rusty for years.

During the fall after Labor Day and all during the winter, they are open every Friday and Saturday. They have country music on Fridays and Bluegrass on Saturdays. In addition to all the great music, at their concession stand they also offer a tasty menu of handmade southern-style foods as well as homemade desserts made by Suzanne’s mother. The cakes are never out of the oven for more than an hour and a half before they show up at the concession stand on Friday nights. Their delicious coffee comes from a company they tracked down in Black Mountain, NC.  “Everything we serve there is fresh and high quality,” Rusty says.

This summer they are going to try something new since many people are out of town on vacations, and that is to do a summer concert series every other weekend, May through August. They’ve gotten several local bands and also some big-name groups who will be playing. The Opry has a following of people of all ages from the growing Gramling and Inman area, and is gaining notoriety even beyond this area.

In addition to various musical instruments from the former Frank’s Coffee House and Music Hall, which operated in the building before the Opry, you will notice that hung along the walls of the interior are pieces of old tin siding. Rusty explains “That tin has been in this neighborhood, in different places, including my own house, since the 1930s. My neighbor Lonnie Corn back in 1977 took that tin off his house because they were going to put asphalt shingles on it. I was into hotrods back then so I took the tin and built myself a little garage out of it, which stood until a few years ago during a big snowstorm. I collected all the tin when it collapsed. I was finishing up here one night and I had all the walls painted, and I thought, man these walls need something on them. So, I thought about the tin, and now it has another new life.” He opted to keep the original back wall intact, which is full of autographs from all the performers who played there over the years at both Frank’s and now at the Opry.

The Opry House is both a natural progression and a nostalgic place for a local music lover like Rusty, where he could have a venue to host all kinds of performers. He says, “I entered into this venue thing because I love music. That’s the reality of it. Unless you’re a big-name star, you just have to love what you are doing, and you don’t think about the money.”

The Gramling Opry House is located at 14811 Asheville Hwy, Inman, SC 29349, and their phone number is 864-921-6650. You can check out their Facebook Page at https://www.facebook.com/TheGramilngOpryHouse for announcements of upcoming performances such as the summer series, and other news.

Photographs by Erin Boggs with contributions from Rusty Hollifield