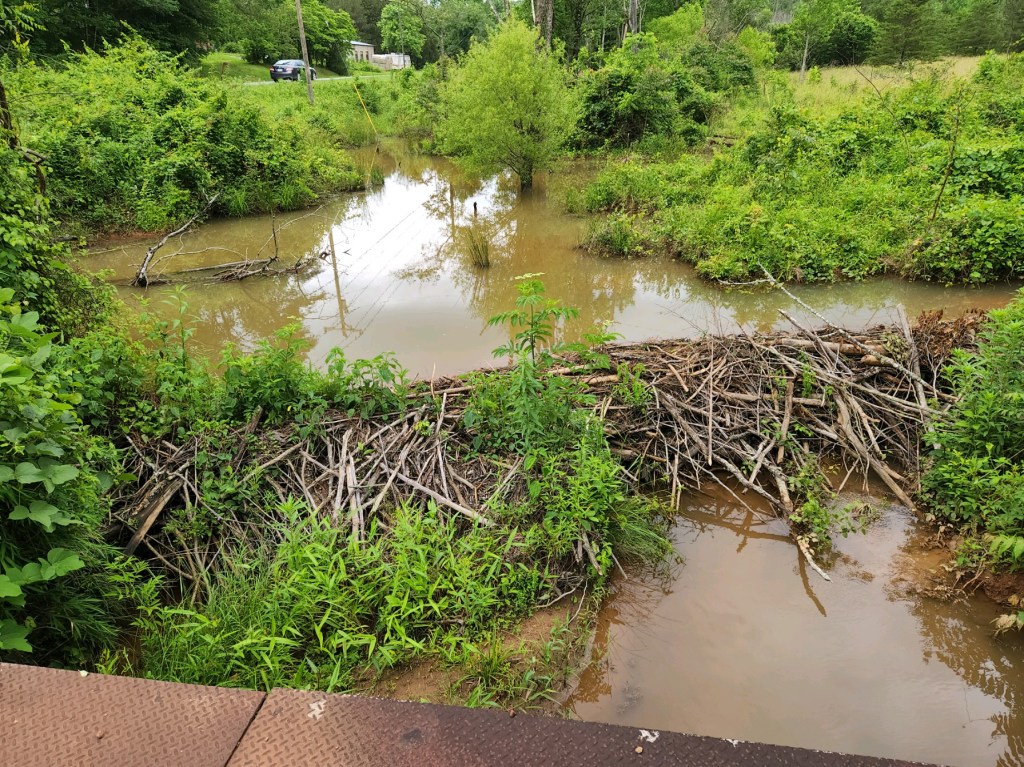 Storm debris can cause blockages, erosion and flooding to area waterways, and the county is asking for Polk residents to submit details of places where creeks, streams and rivers are obstructed. (Photo submitted by Kelly Gay, Polk Soil and Water Conservation District)

Are you a landowner whose property includes streambanks or riverbanks that have been clogged or altered by debris from recent storms?

Does your land experience erosion or flooding that is a result of accumulated vegetative debris in waterways?

Or are you a hiker, kayaker, tuber or swimmer who has noticed areas in the county where storm-downed trees interfere with the flow of streams and creeks?

If so, the Polk County Soil and Water Conservation District wants to hear from you.

Kelly Gay, director of the district, spoke at the Polk County board of commissioners meeting on June 6 to discuss a funding opportunity the county has that will help clear storm debris from the county’s waterways.

With recent hurricanes and heavy rain events that have caused flooding and erosion in the county, Gay says that a new state grant will be “an opportunity to get some of this addressed … and reduce the flooding and impacts of erosion.”

The North Carolina General Assembly recently appropriated $38 million to the Streamflow Rehabilitation Assistance Program (STRAP) for the removal of vegetative debris from waterways.

Polk County will receive $400,052 of that money, according to Gay, but she needs Polk citizens to come forward with information on problem areas, and soon.

By June 24, she has to collect descriptive, photographic, and geolocation data on problem areas.

“Having pictures will greatly help in identifying the worst areas,” she said, adding that if you use your cell phone to take the pictures, you can also obtain your exact latitude and longitude by dropping a pin on Google maps and your geolocation will display.

Once submissions are received, they will be run through a scoring matrix and prioritized.

“Projects that rank high for potential funding will require site visits and a road access agreement from landowner(s),” she said.

By July 6 the county has to submit to the state a ranking of projects and their costs.

To submit information to the county to help identify waterways that need clearing, email Kelly Gay at kgay@polknc.org with descriptive information for the site, address and/or latitude/longitude, and photos, by Friday, June 24. Beaver dams are also considered obstructions, and citizens can include them in their submissions.

Clearing the site will include removing the debris beyond the 100-year flood plain, ensuring that the problem doesn’t reoccur with the same plant material in the next rainstorm.

Gay says that she hopes to receive a large response.

“I want every penny of this money to be spent,” she said. And, she added, if a citizen’s submission is not included in the county’s priority list for this grant, she will keep it on file for future grant applications.