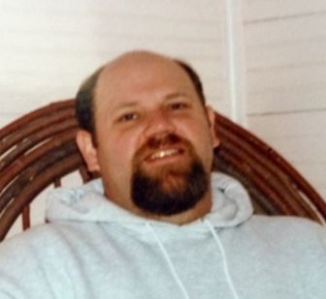 TRYON—Chris Amato, 59, of Tryon passed away Sunday, May 15, 2022, at Pineville Medical Center near Charlotte after a brief illness.

He is survived by his loving daughters Ellyn Amato, of Asheville, and Abigail Amato, of Boston; brothers Jim Amato (Terri) of Asheville, NC, Mike Amato of Kingston, NY, Bob Amato (Lou Ann) of Raleigh, NC, Vince Amato (Rhonda) of Fuquay-Varina, NC, Karen Amato of Apex, NC; nieces and nephews; several cousins and many friends in all of the places he lived.

Chris was born on December 27, 1962, in Kingston, NY, the son of the late Jim and Barbara Amato. He spent the first years of childhood in New York before moving to Margate, FL, in 1975. While living in Kingston as a boy Chris played baseball for the American Little League and was on track to break every home run and hit record in the league. Unfortunately, in the middle of the season, he had to move with his family to Florida, leaving behind his disappointed coach and some very happy opposing players. He was a 1981 graduate of Coconut Creek High School, where he played football and baseball. Upon graduation, he attended Broward Community College and in the 1980s had his dream job working at the New York Yankees Spring Training facility in Fort Lauderdale where he got to know several of the players. Around that same time, he also got the unusual opportunity to work on field security for the Miami Dolphins. In 1987, Chris moved to New Hampshire where his love of hiking and the outdoors really began. In 1994, he moved to Fuquay-Varina, NC, to work for Tekserve and in 1996 he moved to Tryon. He held many jobs at that time including vineyard work, cooking for festivals all over the southeast, and working for the Tryon Water Department. He also co-owned and operated The Village Book Shoppe from 1997 until it closed its doors in 2016. This family business was a beloved part of his life and, an avid reader, he enjoyed working among the books and meeting fellow booklovers. Chris loved living in a small town and making friends with his neighbors and fellow townspeople. For many years, he was a fixture at the Trade Street Gallery Coffeehouse and, later, at the Tryon Coffeehouse Co-op where he enjoyed sitting outside the shop in his favorite chair. He was so well-known around town that even quick trips to IGA turned into a catch-up with friends.

One of Chris’ greatest pleasures was coaching his daughters’ rec soccer teams from elementary school years into middle school years. Even after he no longer devoted his time to coaching, there was rarely a game or practice that he missed. Family and friends will fondly recall his sense of humor, love of Italian cooking, and spontaneous drives through the Blue Ridge Mountains where he felt so much at home.

Passions and pastimes included watching the New York Yankees and Miami Dolphins play, reading, hiking, camping, and being a devoted father to his daughters, of whom he was very proud.

The family will host a celebration of his life to be announced at a later date.