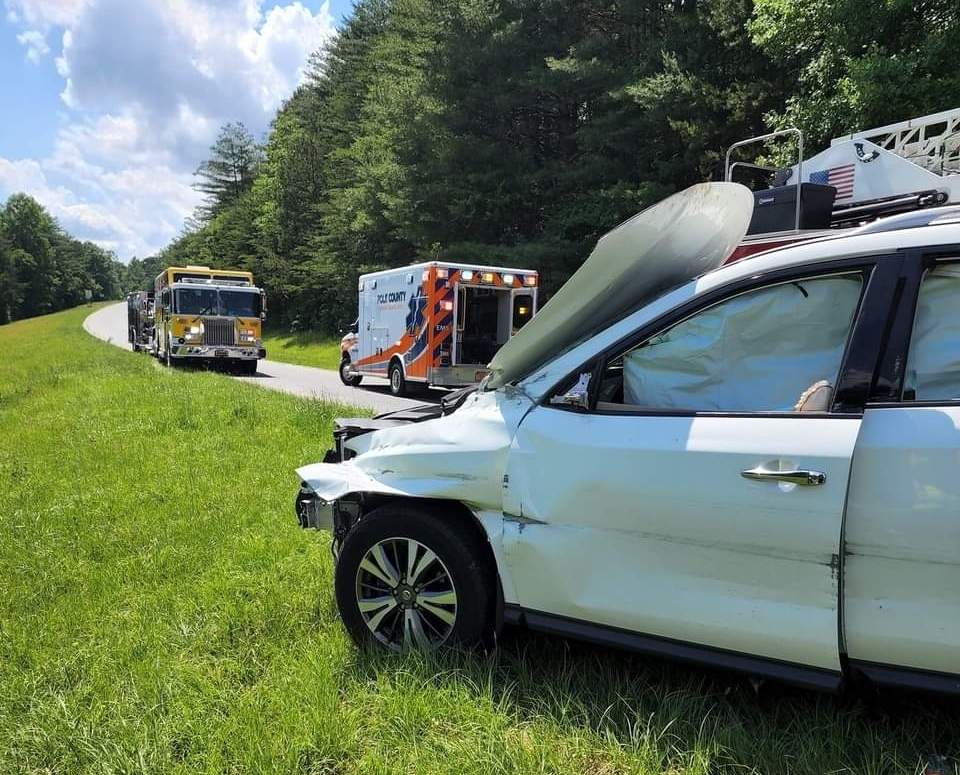 MILL SPRING – On Monday, June 6,  at approximately 2:54 p.m. a single motor vehicle accident occurred on US-74 West at the 167 mile marker. Officials shut down the offramp to exit 167, where the accident took place.

According to Lieutenant Will Craine with the Columbus Fire Department, a passenger was transported to a local hospital with injuries. The extent of the injuries are unknown at press time. The driver was transporting three other passengers when the wreck occurred.

Local fire departments respond to medical emergency alongside I-26…