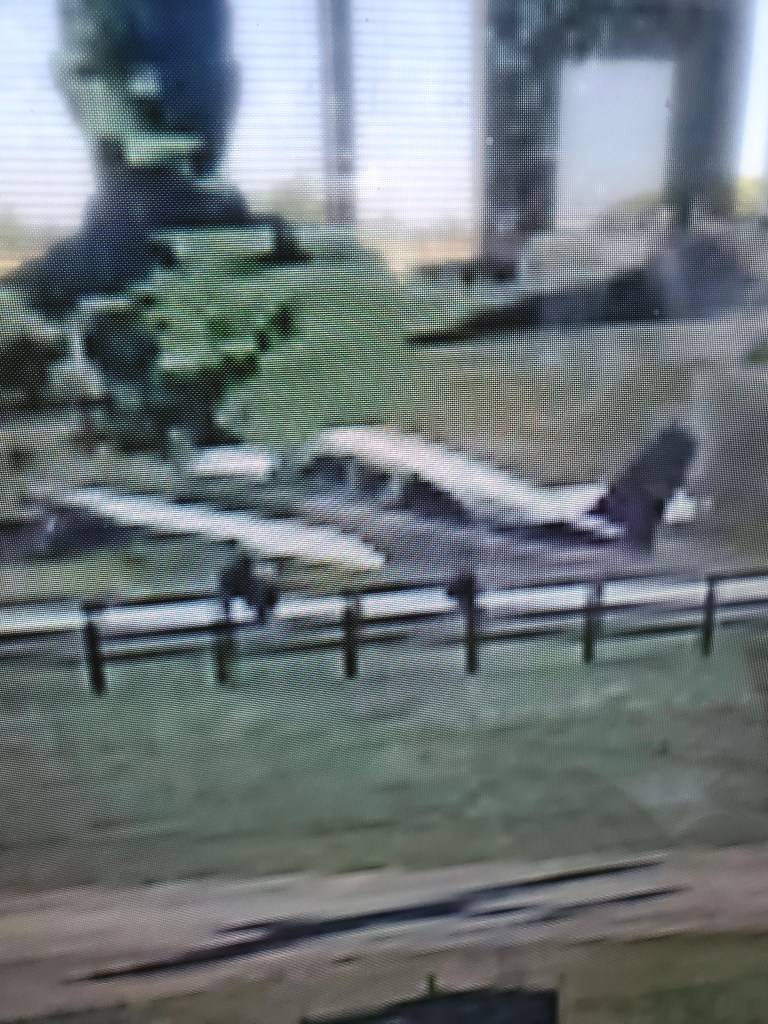 This photo from surveillance footage shows a single-engine Cessna, which was the only plane to briefly land at the airport. One Landrum resident claims to have seen a mysterious airplane land on the runway, but he and other witnesses insist this is not the plane they saw flying at such a low altitude over town (Photo courtesy of Fairview Airport).

‘I saw it landing’: Airport has no record of plane

Witnesses say they saw the large white plane flying extremely low and turning toward town. Jason Turner, of Landrum, says he saw the airplane landing at Fairview Airport in Campobello just beside I-26, stating he was on Airport Road in Campobello when he saw the plane land around 4 p.m. Other witnesses, Chris and Rita Cochran of Landrum, say they saw the low-flying plane circling town in the early afternoon.

“It was a big one,” Cochran says, stating that this airplane looked like the ones that land at Greenville Spartanburg International Airport. “I saw it landing.”

Witnesses’ descriptions of the airplane match, all agreeing that the plane was large and white. All witnesses claim the airplane had a cargo-type look and was not commercial.

Cochran, who saw the plane flying over her house, says “It was 200 feet high, maximum. I mean, the trees are 60 feet tall, and that plane was right on them. It was no more than 200 feet.”

Three out of four witnesses claim to have seen the airplane around 1:30 p.m., while Turner, who saw it landing,  says it was around 4 p.m.

“How low it was; looked like an emergency,” he says.

An employee at Fairview Airport in Campobello, however, was unable to track down the airplane, claiming there was no emergency landing at all. The employee requested to remain anonymous.

“There was no emergency response activity here,” he says. “I did observe an airplane come in and land, and it went to the other end of the runway and took back off again.” The picture of the airplane that he shared from video surveillance was of a small, single-engine Cessna, differing from what witnesses say they saw Tuesday afternoon.

“It’s unlikely that any cargo type plane could land at this airport,” he says. “It would end up crashing off the runway.”

The airport worker, using surveillance footage, was able to find that the single-engine plane made its brief appearance on the runway at 1:19 p.m. He says there was no activity around 4 p.m. that day.

“It is very common for planes to land and take off here because here’s not a lot of air traffic. So that was nothing out of the ordinary,” the worker says.

After showing witnesses a photo of the single-engine Cessna that landed at Fairview Airport, they each agreed that was not the large cargo-style plane they witnessed.

The employee from the airport says, “Distance can make an illusion of the size of the plane.”

The airport worker was unable to find any record of a large plane landing at Fairview Airport, and witnesses still have unanswered questions about the mysterious, low-flying airplane.