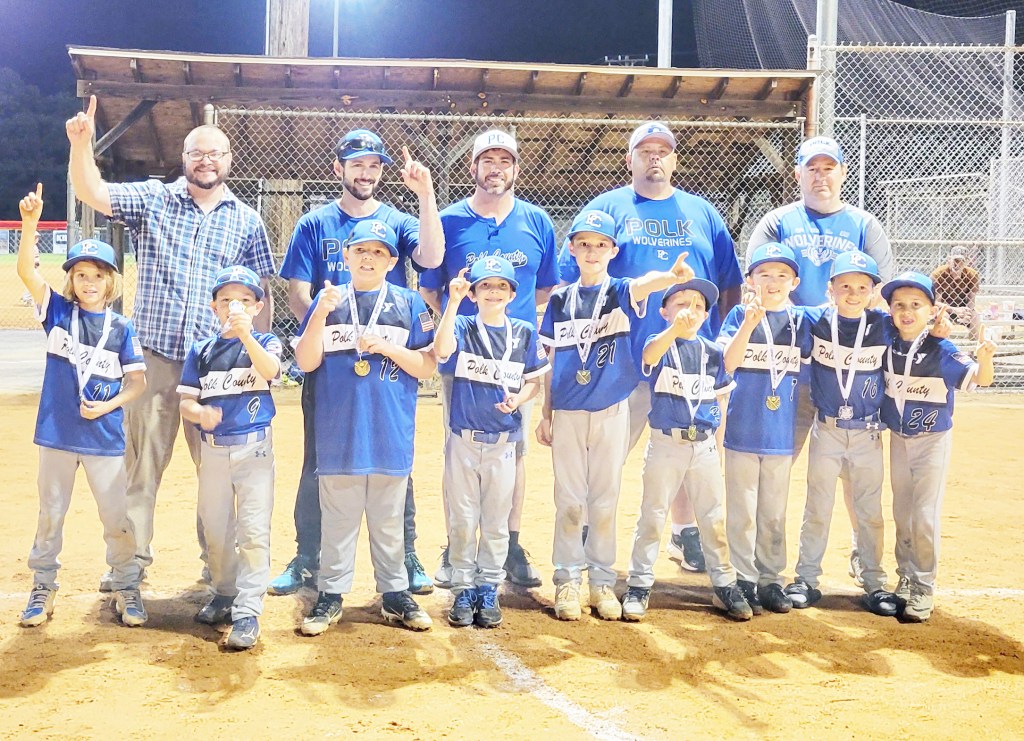 Polk County had to play 3 games back to back Friday, May 27 at the ballfield in Landrum.

First, they played an Inman team, winning 19-3. Then, they played a close game against McDowell’s Landrum team to continue on to the final round.

Congratulations on a job well done!