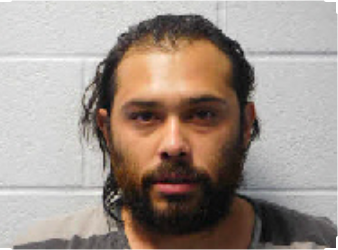 Contreras Jr. is in custody for alleged murder of his grandfather

On Saturday, May 28, Polk County deputies took a Columbus man into custody after responding to a call reporting a physical assault on Smith Dairy Road in Columbus. When arriving on scene, deputies with the Polk County Sheriff’s Office found an unresponsive white male laying in the front yard. EMS officials arrived shortly after and the male, identified as Roy Dean Wilson, 76, was pronounced dead.

Juan Ramon Contreras, Jr., 27, was taken into custody on the scene and has been charged with second-degree murder in the death of Wilson, who was his grandfather. Both Contreras and Wilson were of the residence.

Contreras has had repeated interactions with local police and has been booked in the Polk County Detention Center numerous times, according to court records.

According to a person close to the family, Contreras suffers from severe mental health issues.

As of press time, Contreras is currently being held on a $500,000 bond. His first court appearance will be on Wednesday, June 8.

This article will be updated as more information becomes available