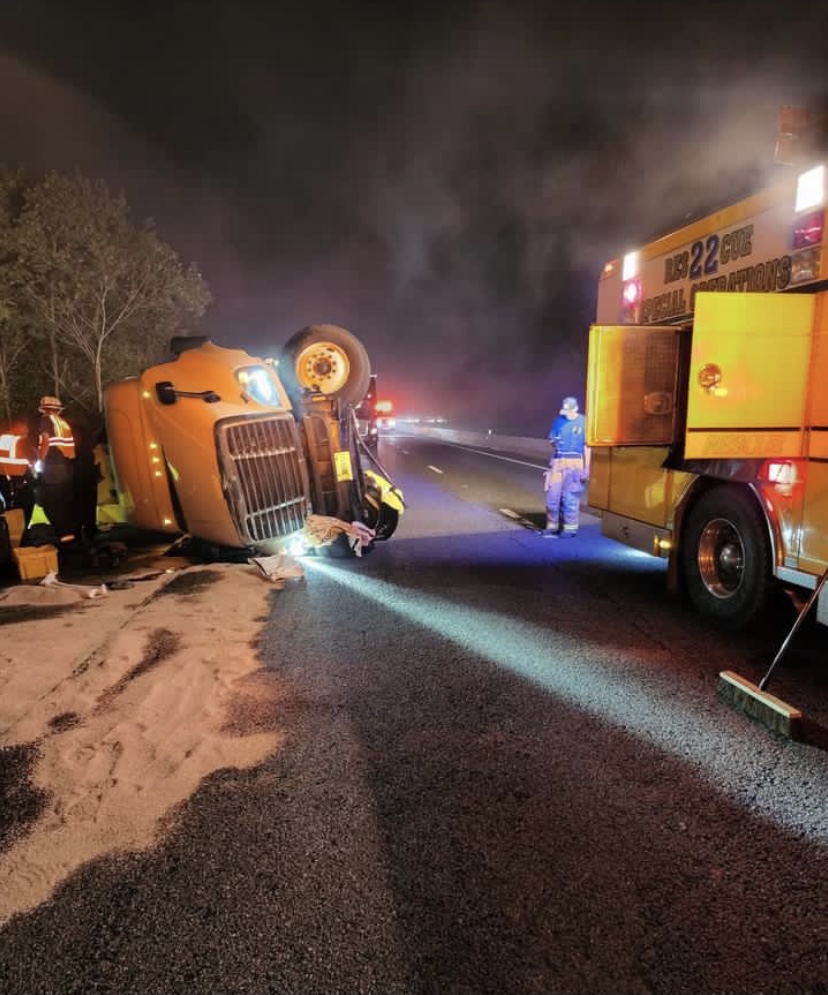 COLUMBUS––Early Thursday morning, a tractor-trailer flipped onto its side on the Saluda Grade.

According to Saluda Fire and Rescue, the tractor-trailer overturned on its side at mile marker 63, right at the top of the Saluda Grade. The Eastbound lane was shut down for a few hours, officials say. Two individuals were transported to local hospitals with unknown injuries, according to officials.

Saluda Fire and Rescue, Columbus Fire Department, and Polk County EMS were all on scene.