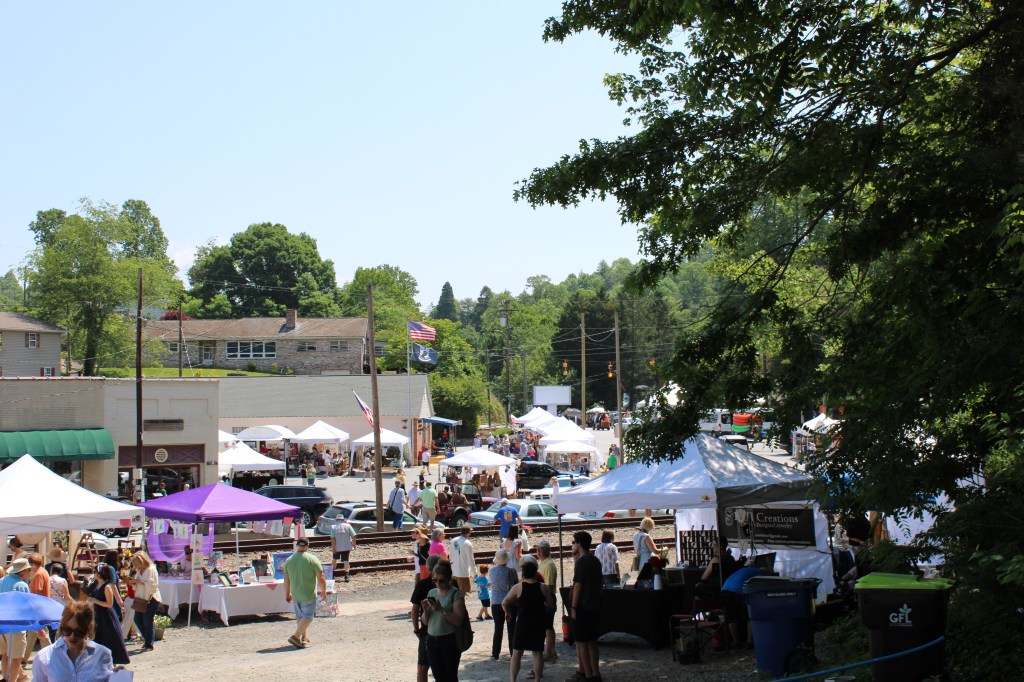 “This was by far my best experience here. Great crowd, big sales,” said Zirconia wood artist and retired teacher Walt Cottingham, who was participating in his fifth Saluda Arts Festival.

Susan McMaster, owner of The Gardener’s Cottage and Brass Latch in downtown Saluda, said, “The crowds were so friendly and happy. It was a great event.” She also said she sold out of most of her inventory of gardening hats as the crowds dealt with near 90-degree temperatures.

After a two-year hiatus due to the pandemic, area visitors celebrated the return of the one-day event. “Everyone seems so happy its back,” said Saluda artist Hannah Seng.

More than 90 artists in mediums such as jewelry, pottery, painting, woodwork, photography and fiber participated in the festival. In addition to arts and crafts, the festival featured a children’s art activity tent, a balloon artist, stilt walker, face painter and magicians. Music was performed on three different stages by the Lonesome Road Band, Foster and Greene, Sufi Brothers, Life Like Water, and the Saluda Youth Acting Krewe.

Teams of volunteers assisted artists and shuttled crowds around on golf carts. “This is a wonderful event that could not happen without our volunteers,” said Marc Blazar, president of the Saluda Downtown Foundation, as he shuttled folks down Main Street on a golf cart.