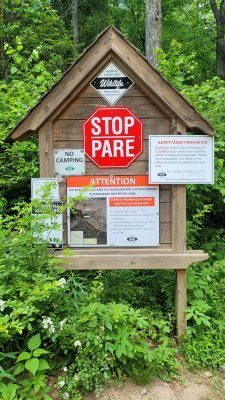 SALUDA – Big Bradley Falls in Saluda will soon be receiving some upgrades to increase safety measures for those who decide to hike to the falls, which measure nearly 100 feet in height. Some of these upgrades will include stone steps leading down to a lookout point, as well as a 3 foot tall barrier wall surrounding the lookout point area.

Over the last 22 years, eight people have lost their lives on the ledge where the wall is being built, and others have been injured. Polk County leaders and emergency officials began discussing safety issues publicly and demanded actions be taken after the most recent death at the falls, which occured in 2019.

A North Carolina Wildlife Resources Commision engineer, Gary Gardner said in a statement regarding the upgrades “Absolutely, something needed to be done. We’ll probably end up spending just under $100,000. This will eliminate a lot of the hazards that were there before, with tripping hazards and that type of thing”.

The project was contracted out to a consulting firm that has expertise in building similar safety barriers. The waterfall viewing area is expected to be open to the public by June 30, according to officials.