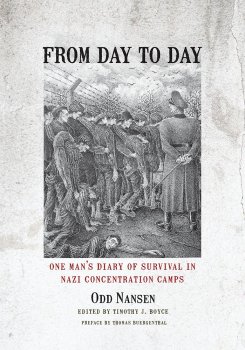 Cover of From Day to Day 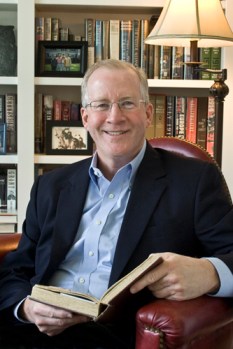 Tryon resident Timothy Boyce will address the public at the Polk County Historical Association on June 14 at 2:00 p.m. Boyce will be speaking about a forgotten WWII concentration camp diary that he rescued from oblivion and republished.

The diary, From Day to Day, was written by Odd Nansen, a Norwegian who came from a prominent humanitarian family (his father received the 1922 Nobel Peace Prize). Nansen was arrested by the Nazis in 1942 and for the remainder of the war kept a secret diary while incarcerated in camps in Norway and Germany.

From Day to Day was translated into English in 1949 and received glowing reviews in the US press, but soon fell out of print. For over 60 years it remained all but forgotten, and might have remained unknown indefinitely but for one crucial development. In early 1945 Nansen saved the life of a 10-year-old Jewish boy, Thomas Buergenthal, a fellow prisoner. Thanks to Nansen, Buergenthal survived the war, emigrated to the US, ultimately attended Harvard Law School, and ended a stellar career as a judge on The International Court of Justice at The Hague. In 2010 Tom published his own memoir, A Lucky Child, which Boyce purchased on a whim. When Buergenthal credited Nansen with saving his life, he added a short footnote to his memoir describing Nansen’s diary. Curious, Boyce searched for a copy of From Day to Day, and could find only 5 copies for sale worldwide–only one in the US. He bought one, and was so taken with the power of Nansen’s writing–and his character–that he vowed to get the book back in print.

Boyce has spoken at venues as varied as the National Nordic Museum in Seattle to the Norwegian Embassy in DC to the Nobel Institute in Oslo. A portion of all book sales will support the Polk County Historical Association. The Association is located at 60 Walker St., Columbus.