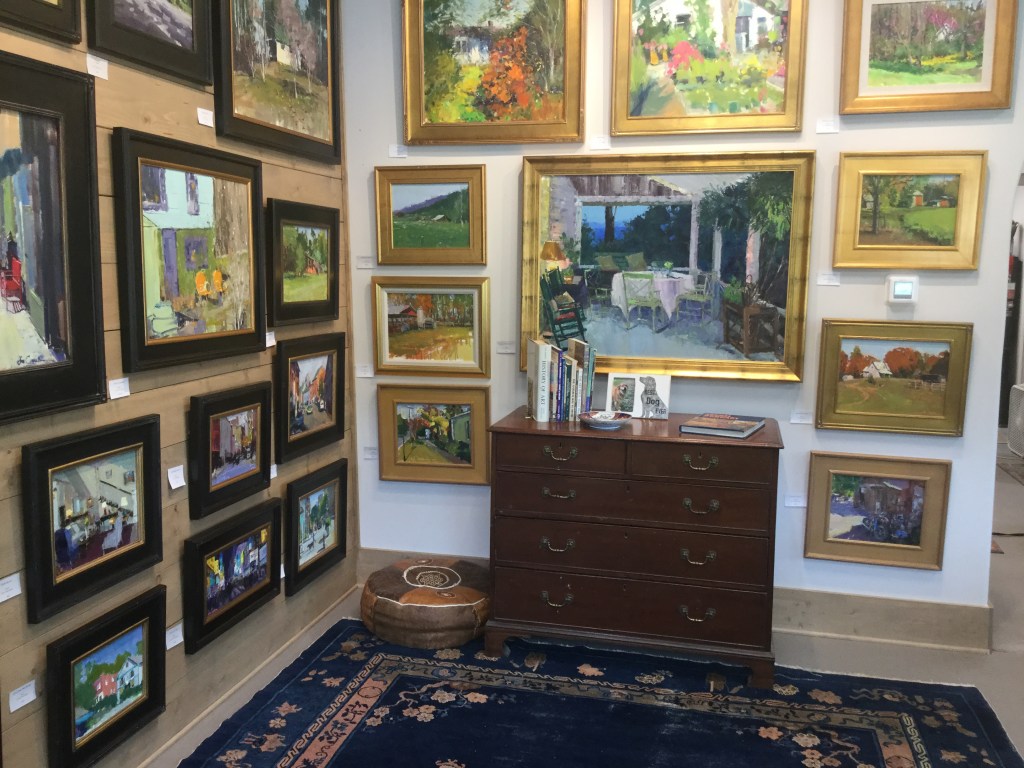 Jim’s gallery opened in its present location in June of 2020, in the middle of the pandemic, so there was never a grand opening. The gallery has many of Jim’s oil paintings of various sizes, including landscapes, seascapes, mountainscapes, cityscapes, interiors, and still lifes. Jim paints  light and shadow as they fall through a scene, so there are lots of different subject matter.

Jim has won numerous national awards and has been juried into the requisite number of national shows to have been awarded Signature Membership status in both the American Impressionist Society and Oil Painters of America. Jim is also one of about 50 southern artists invited to be a member of Plein Air Painters of the South East (PAPSE). He is also a member of the venerable Salmagundi Club in New York City.

Refreshments will be served at the anniversary party.