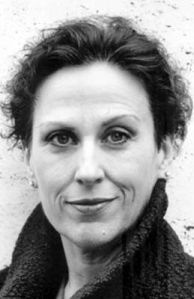 Tryon– Mary Meyers, 75, died April 15th after a long battle with a neurodegenerative disorder. Born to the late Rebecca (Reba) Meyers and James Meyers, she lived and worked in the New York City metropolitan area before moving to the Tryon area in 2008.
Mary lived a rich and full life. In her own words, she wanted to make a career in music. A soprano, Mary freelanced extensively working with organizations like the National Chorale, the Amato Opera, and the Trenton Lyric Opera. She was also a voice teacher with a long list of students. In 1985, Mary got her big break, auditioning for and earning a coveted position at the Metropolitan Opera. She worked at the Met for 24 years as a full-time chorister, with some small solo roles in productions. Mary frequently worked seven shows a week, and her fellow female choristers elected her numerous times as their representative for MET management. Her friends at the Met proclaimed, “Mary Meyers never tires.”
Mary found much happiness in retirement – playing bridge, patronizing the Arts, and singing from time to time.
She is survived by her only child, a son, Jonathan Sarnoff of Greer, SC, a daughter-in-law, Bonnie, and a grandson, Teddy.
Many thanks to the staff at Tore’s Home in Flat Rock, who took care of her over the last six years. Very special thanks go to Pauline Loeffler and Dori Ray, her long-time special friends, and caregivers who treated her with kindness and love.
In lieu of flowers, memorials can be made in her name to the Tryon Little Theater or the American Guild of Musical Artists (AGMA).
Condolence cards may be sent to the Meyers family at www.jacksonfuneralservice.com or 1101 Greenville Hwy Hendersonville, NC 28792.