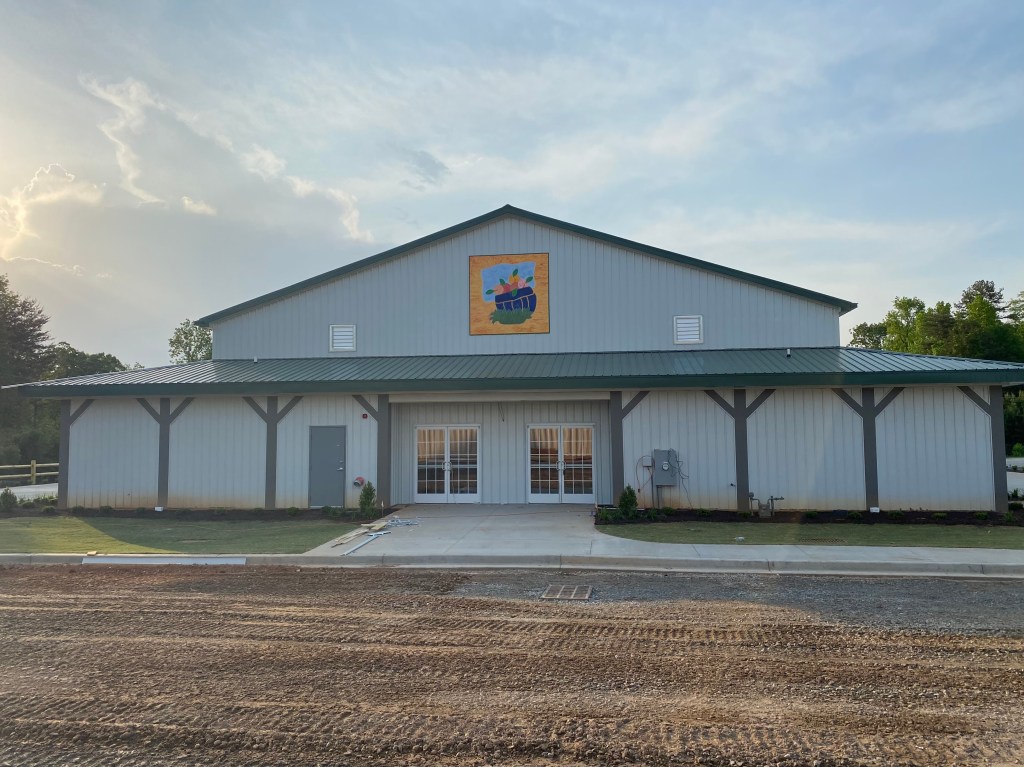 LANDRUM–– The first Saturday of May is known in Landrum for the opening of the annual Farmers Market, but starting this Saturday, May 7, the Farmers Market will open its doors for the first time in the new structure from 8 a.m.-12 p.m.

The structure sits on two parcels of land in front of Burkes Outlet. This project to build a new Farmers Market venue in Landrum began in April 2021. The building is approximately 14,000 sq ft under roof, and the enclosed space is 11,000sqft.

The building also includes 33 sliding garage doors and will be used as a wedding and music venue.

Prior to this new venue, the Landrum Farmers Market was seated along the railroad tracks along N. Trade Avenue in downtown. Weather and parking, however, were sometimes problematic.

The new structure was expected to open doors near the end of March, according to the general contractor, but some minor delays pushed the opening date to the first week of May.

The grand opening for the Farmers Market will take place next Saturday, May 14, from 7-10 p.m. and include a ribbon cutting at 6:30 p.m. and a free community concert by Dirty Grass Soul at 7 p.m.

Tricia Taber of the City of Landrum says that the grand opening is expected to bring in a large crowd of around 1,500 people to town. As for the weekly Farmers Market, she says they are full of vendors and will have rotating vendors due to vegetation season.

“It’s going to be a wonderful asset to the community, not only for the Farmers Market but for other events for the city, as well,” she says.