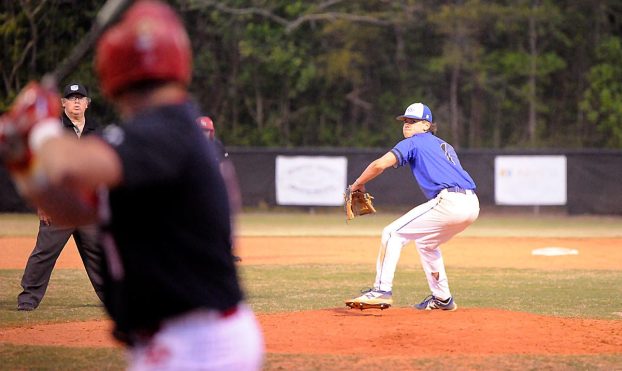 East Rutherford rapped out 14 hits Friday, keying a 12-1 victory over Polk County in a Mountain Foothills 7 Conference clash at The Bottoms.

East Rutherford hit and hit often throughout an evening during which Polk County celebrated its five seniors. The Cavaliers put together four singles in a three-run first inning, then firmly took command of the game in a five-run fourth inning during which East received home runs from Isaac Lee and Caleb Crain.

Polk County scored its only run in the second inning. Angus Weaver opened the inning with a sharply-hit grounder into the hole between first and second for a single, then moved to third on an error on Coble Cameron’s grounder.

Cameron was thrown out at second trying to steal before Micah Hill walked. Weaver then scored on Lawson Carter’s groundout, making the score 3-1 at that point.

Polk County got one more hit in the five-inning affair, then a two-out double to deep right field by Evan Jones in the fifth inning.

The Wolverines are slated to wrap up the regular season this week, traveling to Brevard on Tuesday and Madison on Wednesday before hosting Brevard on Friday in the season finale.