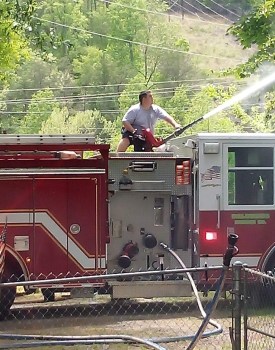 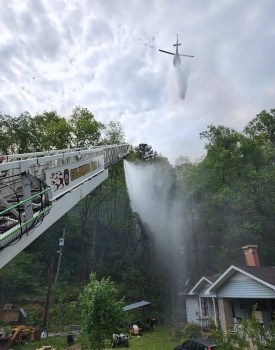 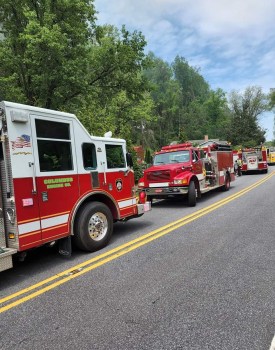 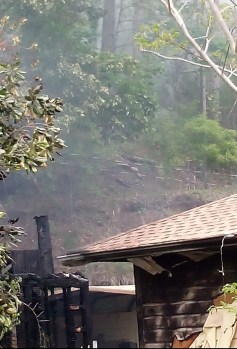 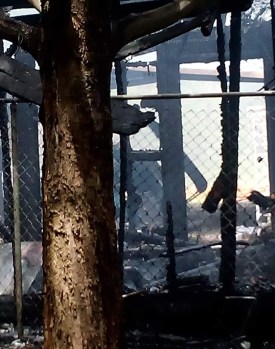 Local fire departments work together to extinguish the flames

On the morning of Friday April 29, Columbus Fire Department, Sunny View Fire Department and Mill Spring Fire Department worked together to extinguish a large brush fire that occured after a structure caught fire on a property on Hwy. 9 North. The North Carolina Forest Service also assisted by flying in a helicopter and dropping large buckets of water on the fire.

Hwy. 9 North was shut down from Garrett Road to McGuinn’s Store in Sunny View and reopened later the same day. Columbus’s Engine 22, Rescue 22, Ladder 22 and Brush 22 and Sunny View’s Engine 25 were all on scene, as well as other fire teams and officials. There were no casualties and no residences lost.