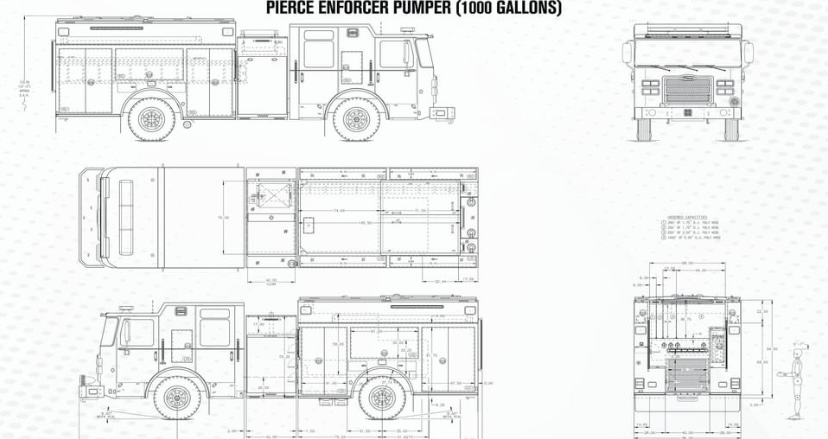 Customized “Engine 27” on its way to serving the community

Officials at Tryon Fire Department say the truck is a Pierce Enforcer Rescue Pumper, and they will call it “Engine 27.”

Engine 27 is replacing their current E27, the 1986 Pierce Pumper, and their E27-3, their 2008 Pierce Pumper as the front-line engine. The E27-3, officials say, will now be the second-out engine when the new truck arrives. The 1986 engine will remain at the station as a reserve due to its old age and will be used for training and parades.

Training Officer Patrick Corn at TFD says, “We are on pace to be as busy as we have ever been, so we’re running more fires than recent years, more rescues, and this means the wear and tear on the department’s equipment has also increased.”

He says the new Pierce Enforcer Rescue Pumper is designed for not only current needs but needs they believe will also be in the future.

Tryon Fire Department has been doing business with Pierce manufacturing since 1986, when they first purchased the original E27. Since then, they have bought at least four more trucks from Pierce.

The new Engine 27 is expected to arrive in Tryon in 18-24 months, according to Corn.

“This truck is truly a custom pumper,” he says. “We decided it was time for a new front-line engine, one that can help us provide a better service for our community.”