Summer Tracks is back starting in June 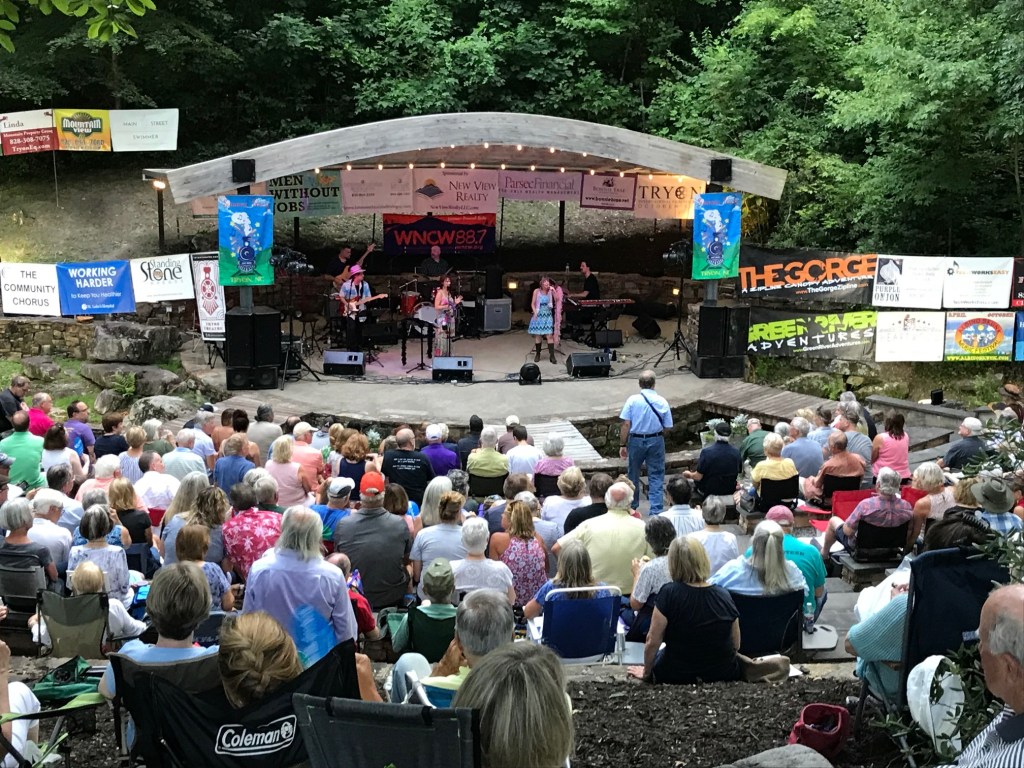 TRYON—Tryon’s most popular summer music series—Summer Tracks—brings the party back to Rogers Park with six concerts scheduled for June, July and August.

June concerts begin with crowd favorite Ol’74 Jazz on June 3. This 18-piece big band delights audiences with a wide array of genres from Swing, Bebop, Rock, Funk, and Latin, as well as lending that big band sound to all the classics from Glenn Miller to Earth, Wind & Fire. Then on June 17, Peter Karp and his band play a fiery brand of roots-blues that Karp calls “Soul-influenced Americana-Blues Rock.”

July features three concerts. First up on July 1, Aaron Burdett and his band. Named by WNC Magazine as one of the top ten most important musicians of Western North Carolina, Burdett seamlessly blends Americana, Country, Blues, Bluegrass, and Folk-Rock. His lyrics are as witty as they are soul-touching.

Two-weeks later, July 15, Asheville’s best-loved vocalist and raconteur Peggy Ratusz and fellow performer Reggie Heading present a night of duets—“Something You’ve Got.” Backed by a full band of the region’s top musicians, they fill the mid-summer air with a tribute to the greatest duets of all time—Marvin Gaye and Tammi Terrell, Koko and BB, Dinah Washington and Brooke Benton, Stevie Nicks and Tom Petty, and, of course, Johnny Cash and June Carter.

Closing out the month, on July 29, Seth Walker is back at Summer Tracks, bringing his gift for melody and lyric, along with his rich, Gospel-drenched voice and his stellar band. Walker has performed all over the world, sharing the stage with The Mavericks, The Wood Brothers, Paul Thorn, and Ruthie Foster. He’s released ten albums, broken into the Top 20 Americana Radio Charts, and reached Number 2 on the Billboard Blues Album Chart.

On August 19, the series’ sixth and final concert, Maya de Vitry returns with a new band, new songs, and a voice that transcends genre. Pennsylvania raised and Tennessee based, de Vitry first appeared on the music scene in 2012 with The Stray Birds. After hundreds of performances and several acclaimed albums, she struck out on her own with 2019’s Adaptations and 2020’s How to Break a Fall. Her latest release, 2022’s Violet Light, takes a deep dive into our unrelenting human desire to belong to a home, an environment, and each other.

New View Realty of Tryon is the presenting sponsor for this 23rd season of Summer Tracks. A full schedule including performers bios and photos can be found at www.summertracks.com.

Summer Tracks concerts are free, though a voluntary donation at the gate is encouraged. Audience donations along with many local business and individual sponsors make these shows possible.