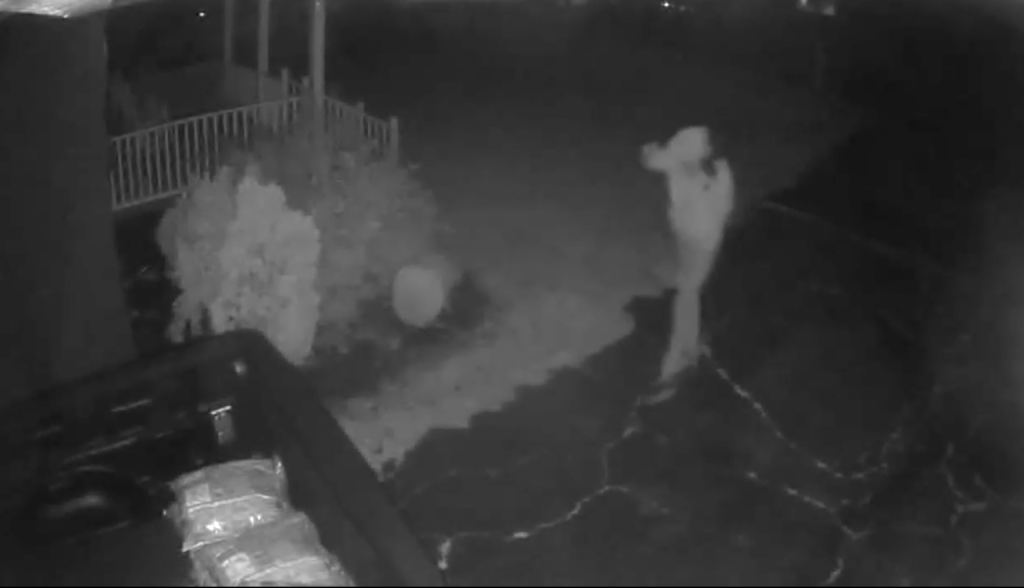 Video surveillance catches one of the suspects wanted for more than 12 vehicles burglaries in Landrum, Campobello, and throughout Spartanburg County. Photo courtesy of Landrum Police Department Facebook page.

Suspects still on the loose

LANDRUM––On April 23, multiple vehicle burglaries within the City of Landrum, Campobello, and throughout Spartanburg County were reported.

Landrum Police Department is currently investigating the burglaries in Landrum and are looking for two individuals. Both suspects were seen on surveillance video footage wearing face masks with their hoods up on their hoodies.

According to officials at Landrum Police Department, 12 burglaries occurred in Landrum at 5 different addresses on Redland Road. Four wallets and credit cards were stolen from the vehicles, and one weapon was stolen from a vehicle in another city. Officials say the suspects also took change from the vehicles.

Within the City of Campobello, a vehicle burglary took place on the properties of some of Campobello’s Law Enforcement.

“That just shows to everyone they are brave by hitting a police officer’s property also,” Sgt. Jamey Shehan of LPD says.

He says they are currently trying to locate the suspects from video footage they received from a Landrum resident. The suspects who are wanted for larceny in Landrum also match the descriptions in Campobello and Spartanburg County.

If you have any information, please contact Landrum Police Department at 864-457-7281.