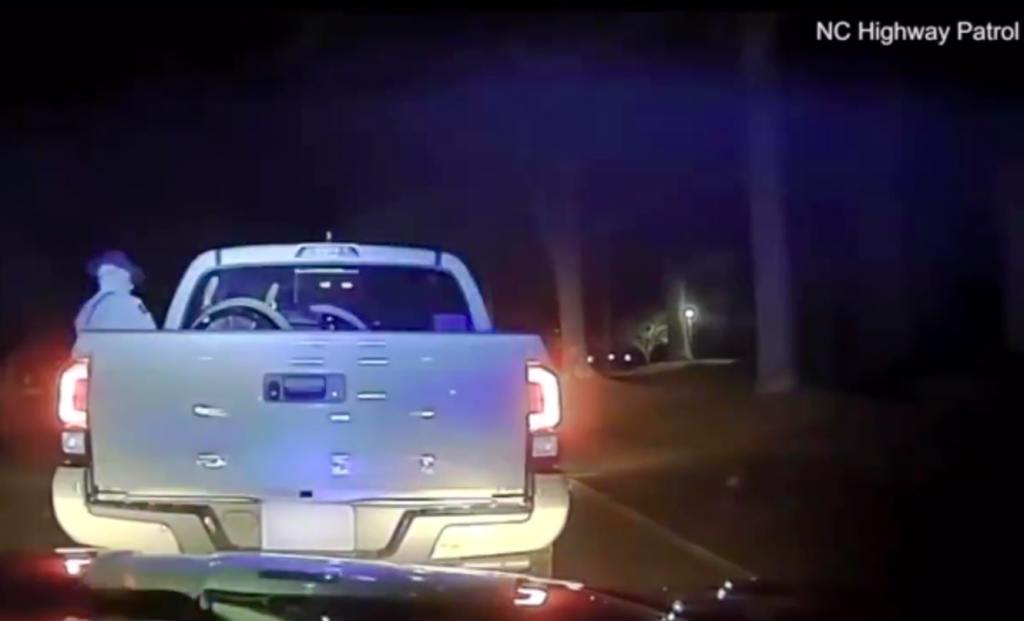 Screenshot of NC Highway Patrol dashcam footage of Rep. Madison Cawthorn being pulled over March 3. The trooper indicated he had a “pick up order” because of an “out of state ticket” prior to taking Cawthorn’s license.

Rep. Madison Cawthorn (R-N.C.) was to appear in Polk County court last Monday to answer for a recent speeding ticket, but the case was continued.

On Monday, April 18, the congressman was due in Columbus to respond to a speeding ticket of traveling 87 mph in a 70-mph zone, received Jan. 8, 2022 on Hwy. 74 in Polk County. The ticket was issued by the NC Highway Patrol.

His attorney attended the session, and the case was continued to June 2.

Also this week, the NC Highway Patrol released the March 3 dashcam footage of another traffic stop for which Cawthorn was ticketed. The video shows the officer interacting with Cawthorn and a female passenger after Cawthorn was pulled over for driving left of center on U.S. 74 Business in Cleveland County. He was charged with driving on a revoked license, and the footage shows Cawthorn and his passenger being made to switch seats.

Driving on a revoked license is a misdemeanor offense that carries a maximum $200 fine or 20 days in jail. Cawthorn is scheduled to appear in court May 6 in Shelby.

A third incident, where Cawthorn was traveling 89 mph in a 65-mph zone on I-40 in Buncombe County last October, was reduced to improper equipment, speedometer on March 4. He paid a $200 fine.