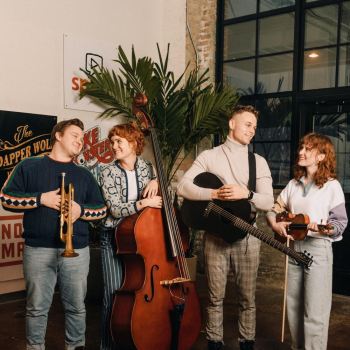 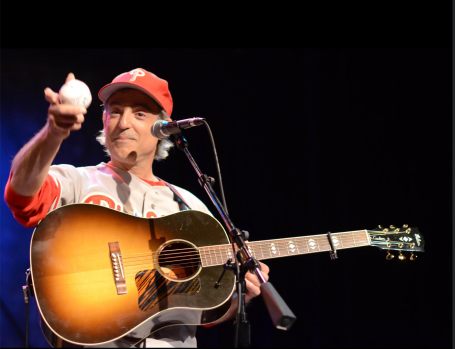 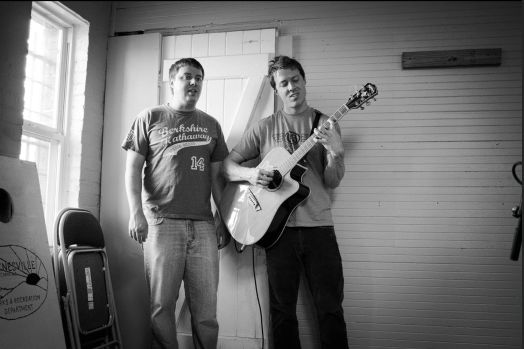 Tryon Fine Arts Center will celebrate springtime in the Carolina Foothills with five weekly and outdoor concerts that will feature an eclectic mix of live music, including folk, bluegrass, rock ‘n’ roll, and the quirky.

Each Thursday, starting April 28 and ending May 26, the Peterson Amphitheater will echo the sound of music throughout Tryon’s downtown, starting at 6:30 p.m. Each concert will be 90 minutes long.

“It’s that time of the year again,” the Center’s Executive Director Marianne Carruth said. “Whenever the weather is nice, we want to be outside, It is such a beautiful experience, gathering outside with friends in our amphitheater, enjoying the fellowship and music. Spring is the perfect time to shake off the doldrums and shake your tail feathers. And we are happy to literally breathe freely again without much fear. Our Spring 2022 Amphitheater Series has a great line-up of musicians, mostly from the region. What better way to spend a Thursday evening than with friends listening to live music in the heart of Tryon?”

Kicking off the series on Thursday, April 28, will be Good Morning, Bedlam, a free-spirited folk band that pushes the genre’s boundaries. Based out of Minneapolis, MN, Good Morning Bedlam is one of the most innovative folk bands to come out of the Midwest. The members are known for their contagious energy, and they are often careening about the stage. With three-part harmonies supported by guitar, bass, violin, trumpet, and a keyboard, the two men and two women captivate audiences at festivals and concerts throughout the country. Every song is a unique twist on what is generally dubbed as folk music. “We want to surprise our audience from song to song,” said front man Isaak Gill Elker. “Rather than creating our music to fit a genre, we allow it to be an outpouring of our own stories and unique sound.” Concertgoers should expect the unexpected: a haunting waltz, whistling, jazz scatting, and violin melodies that expand the mind. For some, it is the band’s storytelling that gives it a unique place among today’s professional musicians. “We’re desperate to connect to people through the common human experiences that we write about and the exuberance of our live show,” Isaak said. “People have a lot of choices of how they’ll kick-back, so we intend to deliver a show where they can be free to share in whatever they need to–joy, grief, anger, gratefulness, or bedlam!”

For a classic bluegrass good-time, Asheville’s Zoe & Cloyd will take to the Tryon stage on May 5. But if you hear some music that is decidedly not bluegrass, don’t worry. This duo with its band is also known for its klezmer music — a style of folk music that draws upon the traditions of Ashkenazi Judaism and Eastern European folk traditions. The essential elements include dance tunes, ritual melodies, and virtuosic improvisations often performed at weddings and other social functions. All of the innovative original music is the offspring of fiddler/vocalist Natalya Zoe Weinstein and multi-instrumentalist/vocalist John Cloyd Miller. Natalya draws from her classical training and a lineage of klezmer and jazz. John is a 12th generation North Carolinian and grandson of pioneering bluegrass fiddler Jim Shumate. Together they are long-time fixtures of the Asheville music scene. Zoe & Cloyd appeared in Season 5 of the nationally syndicated PBS show David Holt’s State of Music in 2021. Their fourth studio album, Rebuild, was released October 2021 and is in response to the COVID-19 pandemic. In Tryon they will be accompanied by award-winners Bennett Sullivan and Kevin Kehrberg. Sullivan is a highly regarded composer, performer, and educator, renowned for his skills on banjo and guitar. Kehrberg is a master of the upright bass having performed jazz, bluegrass, and old-time music all over the world, from Indonesia to Kyrgyzstan, Japan, and beyond. Together, the band delights audiences with soaring harmonies, heartfelt songwriting and dazzling instrumentals, seamlessly combining original bluegrass, klezmer, and folk stylings with sincerity and zeal.

For something more intimate — and a bit quirky — singer, songwriter, and baseball fan Chuck Brodsky will be in the spotlight on Thursday, May 12. Now an Asheville resident, for nearly 30 years, Chuck traveled the world with his acoustic guitar entertaining audiences with uniquely original songs about life. His laidback style delivers stories about odd people and strange situations; he champions underdogs and pokes fun at the ironies of modern life. He will make you smile, laugh, and above all think as you tap into his rhythm. To date, he has produced 11 CDs, and much of his music has been used in film and television. His latest album Gravity, Wings, And Heavy Things is due to be released this year. If we’re lucky, he might even sing some of his baseball songs, which have been included in the National Baseball Hall of Fame. As a folk singer, his music has often ranked among the most played by folk music radio stations. Be prepared to celebrate the goodness in people — the eccentric, the holy, the profound, the courageous, the inspiring, and the beautiful. The grains of social truth are sure to scratch at your outlook on life.

Southern rock is always a favorite among southerners, be they native or transplanted, and Kenny George Band will deliver that and more on Thursday, May 19. Coming out of Aiken, SC, this is a hard-working traveling band that averages 150 to 180 shows per year reaching Pennsylvania, Missouri, and all points in the Deep South. Kenny George is the lead guitarist who also writes the music and sings; Randy Borawski plays drums and harmonizes, Center Ely plays the steel guitar, and Brooks Andres plays bass. “Our goal has always been to connect with our audiences,” Kenny stressed. “Our music is honest and organic, and we deliberately avoid pretense. We may seem like a ragtag bunch, but there’s a passion, purpose and sincerity that underscores everything we do, and hopefully that’s apparent even the first time you hear us play.” If authentic rock ‘n’ roll influenced by classic country and presented with good ol’ Carolina showmanship is what gets you on your feet, be sure to check out Kenny George Band.

Ending Tryon Fine Arts Center’s Spring 2022 Amphitheater Series on a sweet note will be Brother Bluebird, twin brothers with a youthful and harmonizing indie folk style that soothes the soul. Having sang together since they were children, Adam and Tim Reaves grew up in a musical family. Both went separate ways for a while, but in 2015 they found themselves once again near each other enough to rekindle the music that smoldered within both. Today, they are based out of Asheville and perform regionally. Together they write songs with meaningful lyrics about family, home, love, and loss and present them with harmony that only the closest blood kin — brothers — can master. This is music that grandmothers can enjoy along with their grandchildren who will listen for the words that reflect their own search for meaning and direction in life.

For more details for these concerts, as well as many other events at TFAC are available at www.tryonarts.org. Call 828-859-8322 with questions. The Box Office is open Tuesday – Friday 10 a.m.- 4 p.m. Masks are welcome at all events.