Tractor trailer catches fire on I-26 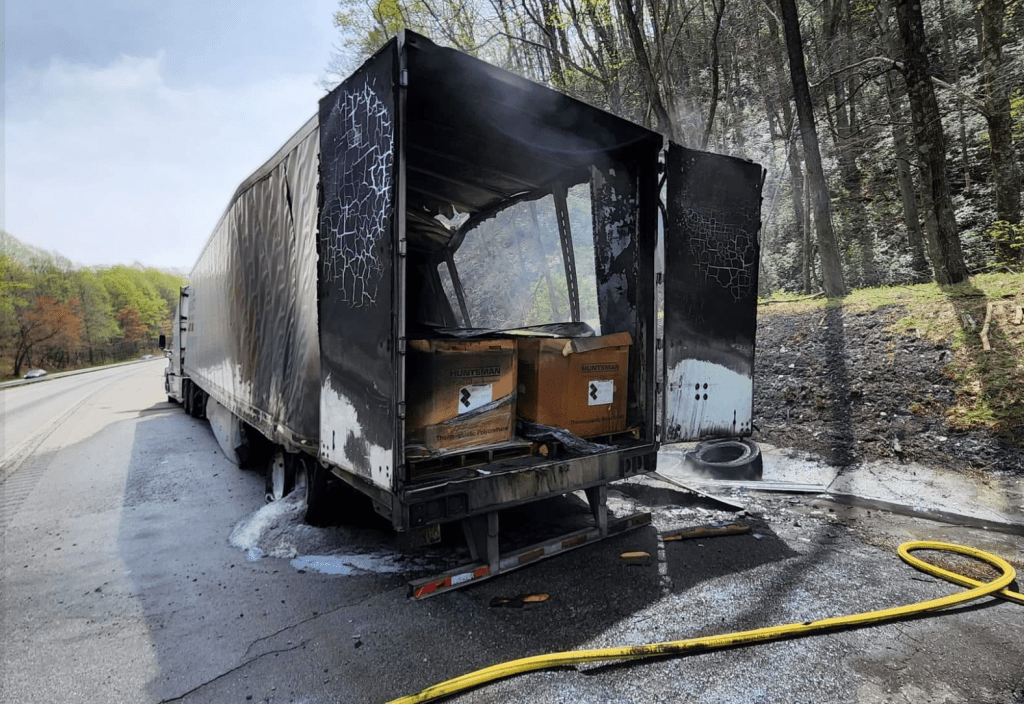 SALUDA––On Thursday around noon, Saluda Fire and Rescue was dispatched to a tractor trailer fire on I-26.

At mile marker 61 Eastbound, Saluda Fire and Rescue responded to the vehicle fire. They had the fire controlled in about 15 minutes and completely extinguished in about 30 minutes.

According to officials, the tractor trailer blew a back tire, which caused friction that sparked a fire. Another back tire blew, and at that time, the fire had spread to the trailer.

The driver was able to pull off the interstate and exit the vehicle safely.

The trailer was carrying a mixed variety of food and candy, according to officials, and was traveling toward Charlotte.

While officials attacked the fire, both Eastbound lanes were shut down, and around 12:45 p.m. one lane of traffic opened back up. 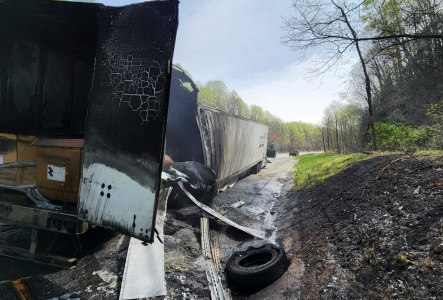